John heads into the Summer break after DNF at Sachsenring 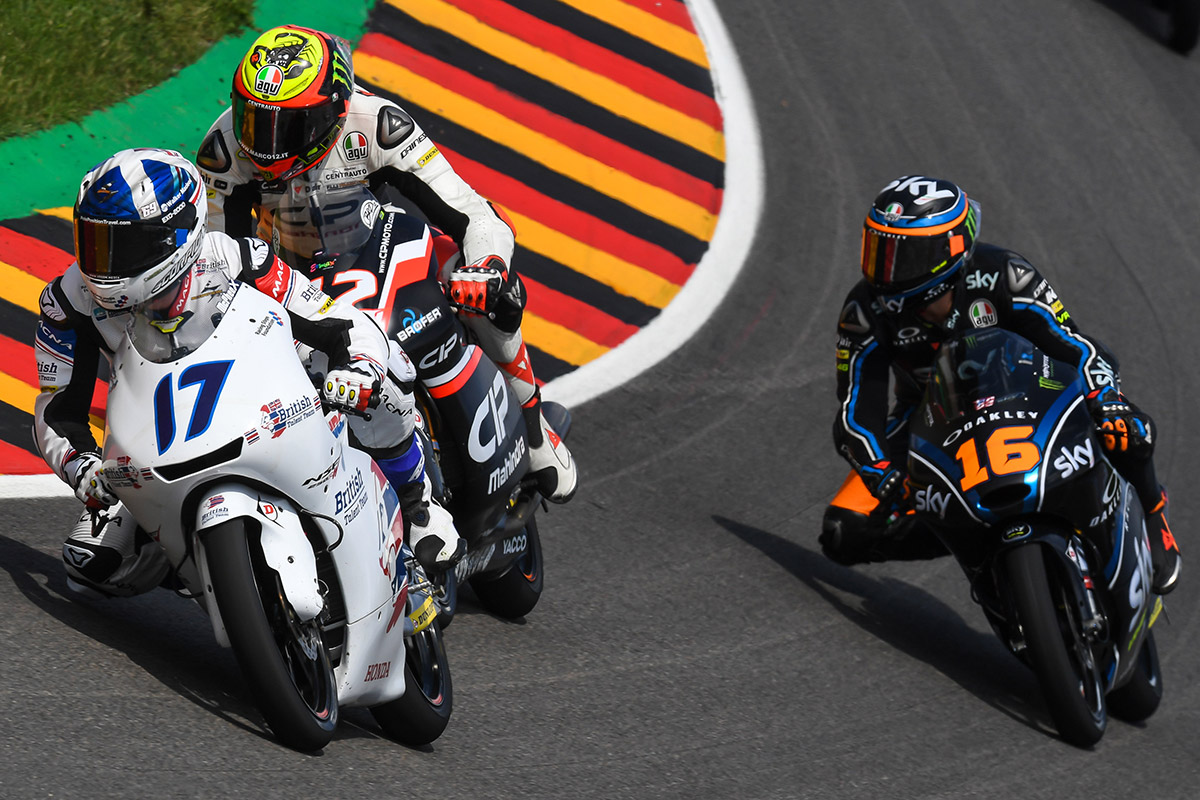 John McPhee had a difficult end to the Motorrad Grand Prix Deutschland, crashing out of contention after a promising qualifying in the top ten on Saturday.

After a solid start, the Scot then dropped back before the fall – unable to get back into the race and focus immediately switching to Brno after rear grip issues.

The Czech GP gets underway on August 4th, and McPhee will be recharged and raring to go after the summer break.

John McPhee, DNF:
“I’m disappointed with the crash today but I knew already from the first laps that I had rear grip issues. All weekend I’ve been doing consistent decent laps on the hard tyre so I’m not sure why it was so bad today. It’s certainly not the way I wanted to go into the summer break but I will 100% come back stronger and even more determined. The break is shorter than we think and with a test in the middle I’ll be fully ready come Brno.”