John ready to mount a comeback in the Czech Republic 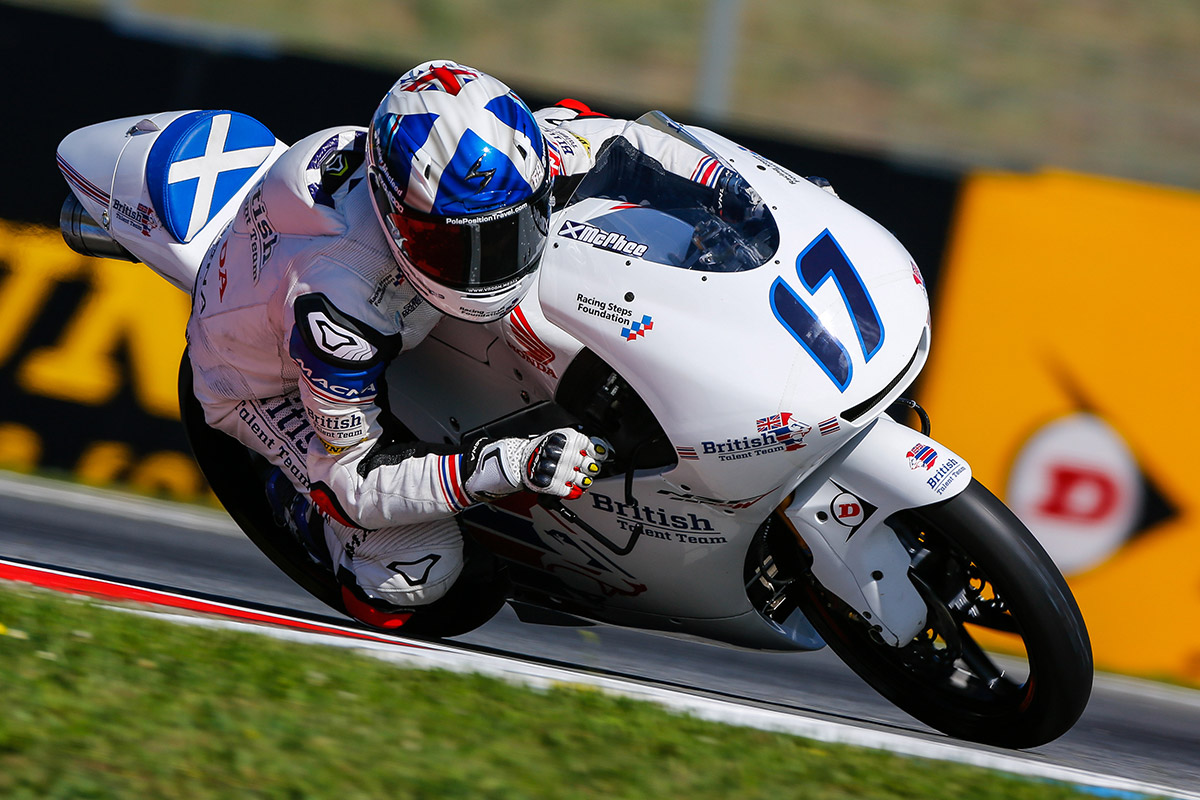 John McPhee will begin the Czech GP a bit further back than he’d like, as the winner at the venue last year faces a fight back from P19 on the grid – but the Scot has already shown it can be done.

Track conditions were tough for the field and grip low, with 15 crashes in FP3 alone – including one for McPhee. In qualifying, however, the Scot moved forward a number of places despite a second crash and put in a best of 2:09.583.

Now the race is on to get back to the front – with a good start the first key to more Brno success for the 2016 winner at the track.

John McPhee, P19:
“Not the best of days to say the least but despite the two crashes I feel like my pace is good. I was unlucky not to get a lap on my last run in qualifying but I can still do a good job from 19th on the grid tomorrow. I’m looking forward to the race.”