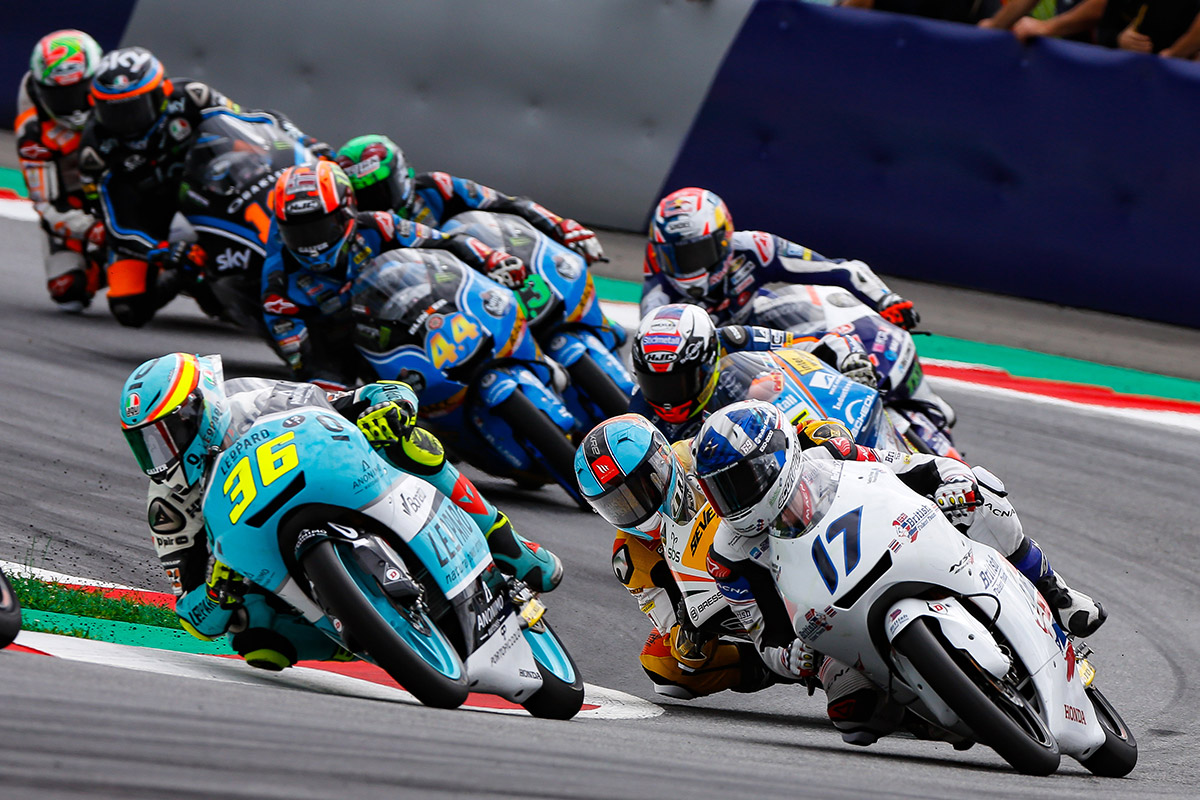 From a solid P5 in qualifying, it was looking good for British Talent Team rider John McPhee in the Austrian GP – and the Scot moved immediately up into the lead by Turn 3 on Lap 1 to prove his pace on race day.

Battling in the front group thereafter, McPhee fought hard to take another podium finish and was in the mix until finding his race prematurely cut short after contact with another rider.

With nine laps to go, McPhee was collected into Turn 1. Escaping unharmed, the Brit was then sadly forced into pitlane to retire – but next up it’s Silverstone, with the home crowd sure to create a good stage for the Scot to use in his mission to bounce back quickly.

John McPhee, DNF:
“I’m obviously angry and disappointed with the outcome today but really there was no avoiding what happened behind me. I felt strong throughout the race and was able to attack in all areas of the track which was a nice feeling. All weekend I’ve been fast so that makes it hard for myself and the team not to come away with a result – but on a positive note it’s really nice to be heading to my home race in Silverstone feeling so good with my bike. I hope to turn things around and claim back the missing points on home soil.”