John McPhee gunning for glory from fourth on the Silverstone grid 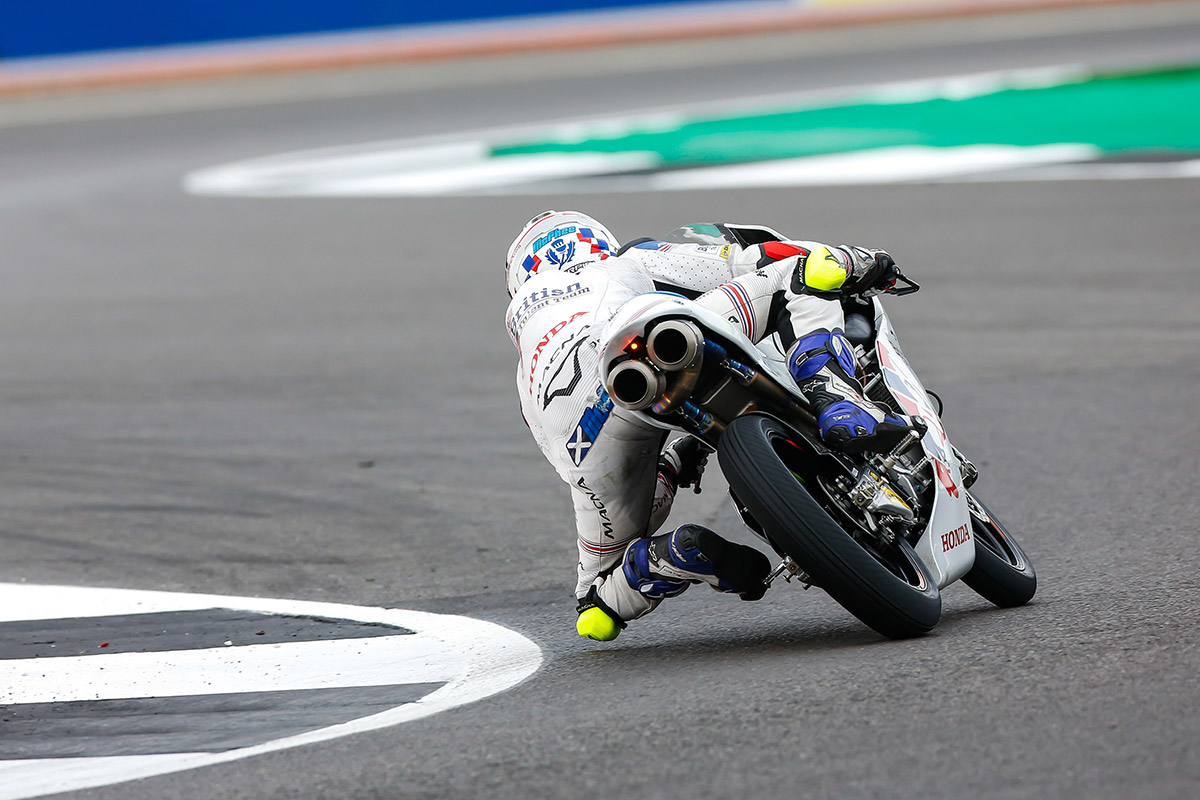 John McPhee looked like he might have taken pole position for his home British GP, but was just pipped to the post in the final minutes as a mad last dash lit up the timesheets. Just off the front row, McPhee is nevertheless in a strong position for race day – and is sure he has the pace.

After a damp FP3 session, the afternoon saw better weather and a real shootout to the end – with McPhee able to convert his pace into a great position. Over 12 laps in qualifying, the Scot did a best of 2:13.398 on his final push.

Judged to almost-perfection, it wasn’t quite the perfect fairytale in qualifying – but there’s still time tomorrow, when the trophies are really handed out. Moto3™ go racing at 12:40 (GMT +1).

John McPhee, P4:
“I’m really happy with the way today went because it was such a lottery. I knew I had the pace from FP1, you can kind of tell when the weekend will be good. This morning we were in the top five without too much risk but it was a bit of a nothing session so we knew qualifying was all about strategy. In qualifying I had a small problem on the first run but the guys managed to fix it to get back on track. It’s hard to get in a good group because the slipstream is up to a second a lap and we knew that without a tow it would be difficult to be in the top ten – in the last few minutes I was way down the timesheets and there was nothing I could do except push for a time. The way it worked out I ended up on track without any other riders and it was one of those laps that was win in or bin it. I had so many moments and I almost highsided three or four times! With no slipstreaming until the very last straight I thought I was going to be way down the timesheets but crossing the line and seeing I was P1 briefly I was really happy. The front three rows was the target. We can do a good job tomorrow, be in the front pack and I’m a Sunday man more than Saturday man so I’m looking forward to a hard battle in the race.”