John McPhee battles in the points at the British GP 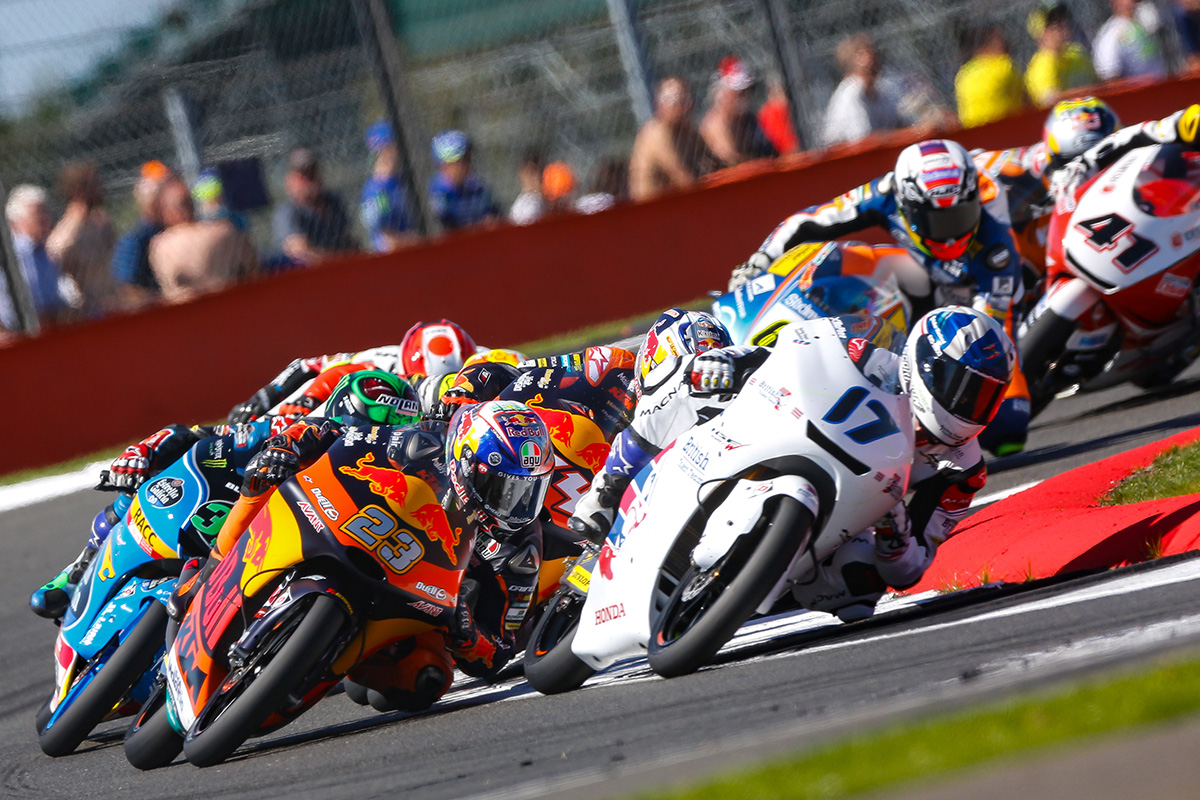 John McPhee had an impressive second row start for the British GP, but after lights out on race day the Scot struggled to find the straight line speed necessary to conquer Silverstone.

Fighting in a huge freight train group at the front, the Brit was battling in the points for most of the race before a Red Flag ended the contest a lap from the end – giving McPhee P13 as the result stood from Lap 16 of 17.

Now it’s time to focus on Misano – with the BTT ready to fight it out again on the Adriatic in a fortnight.

John McPhee, P13:
“It was a difficult and frustrating race for me today. I’ve been strong all weekend and felt really good on the bike. In the race I was just lacking straight line speed which made moving forward almost impossible. I pushed as hard as possible but in the end I could only maintain my position. Thanks to all the home fans for a great atmosphere all weekend, and to my team for all their hard work. I hope to be back fighting for the win at Misano!”