John McPhee off to a solid start at Aragon 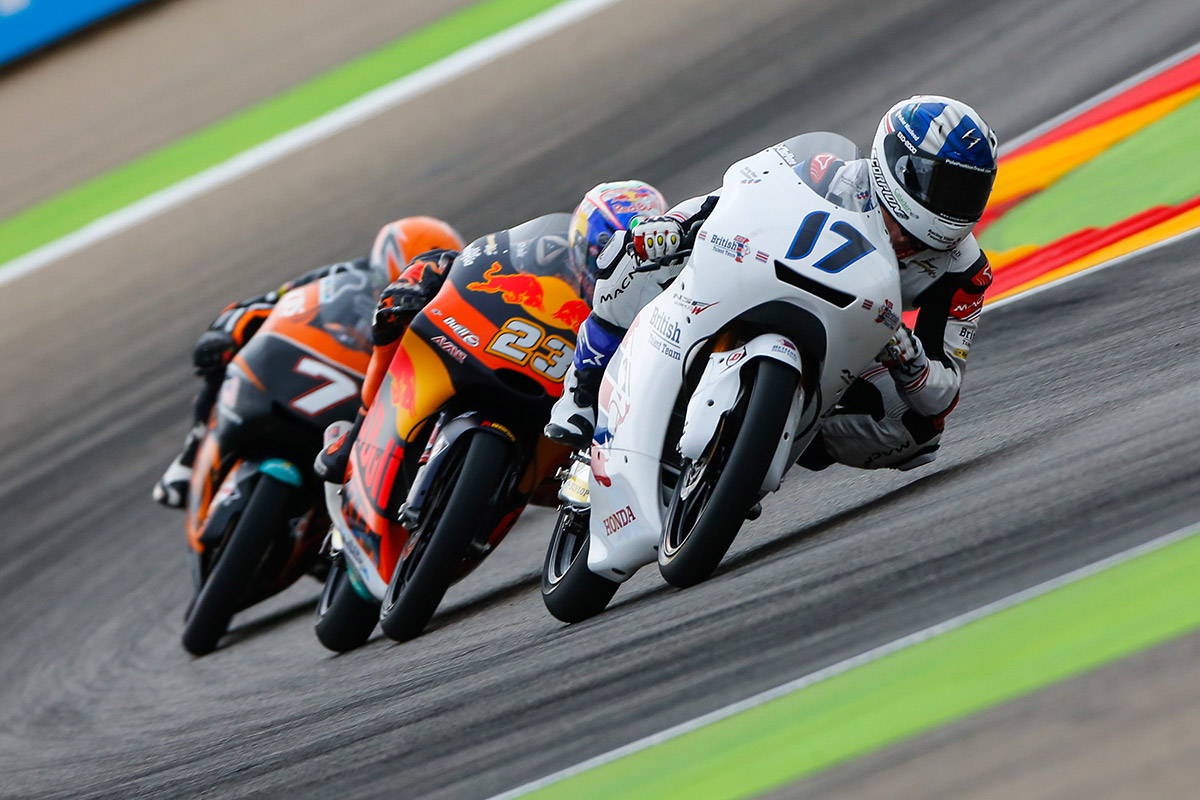 John McPhee ended the first day of track action at Aragon in P17 overall, but the British Talent Team rider is relatively satisfied with the progress made after some changeable conditions on Friday. With the weather threatening throughout the day but Moto3™ largely counting on a dry track, the majority of the field were nevertheless faster in FP1 after showers during the day.

In FP1, John was P17 and did a best of 2:00.796 on lap 15 of 16, with the rain setting in soon after. In the afternoon, moisture on track was largely gone by the end of FP2 and the BTT rider did a best of 2:00.458 to sit tenth in the session. With FP1 pace proving quicker for most of the rest of the field, that put the Scot P17 on the combined timesheets.

The weather looks to improve on Saturday, and the BTT will be pushing for qualifying at 12:35 (GMT +2).

John McPhee:
“It was a fairly average day. It was hard with the track conditions although we probably got the best conditions of all three classes, but even so we had a spot of rain in both sessions and it’s difficult to know where we’re at at the minute. But even so I’m feeling fairly good with the bike, and we’re not too far away laptime wise. We rode the second session planning to improve on the dry setting, and it was 98% dry for the last two laps so we managed to make a bit of a step forward. There’s still something to improve from me and the bike, but overall I feel we’ve made a step in the right direction.”