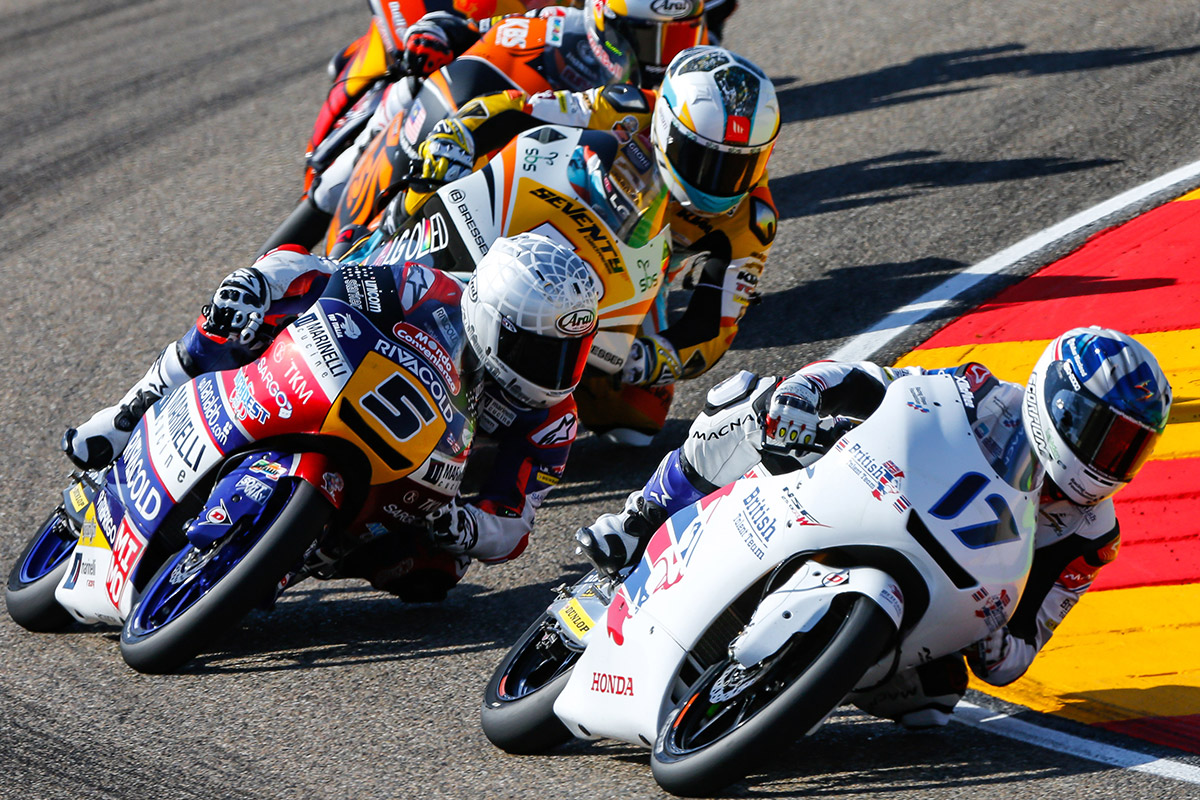 John McPhee had a great race at MotorLand Aragon in what is almost another ‘home’ race for the Brit, taking sixth and some solid points to move up to sixth in the Championship.

Losing slightly off the line from his P7 grid position, the Scot stayed in the front freight train throughout the race and chose his moment wisely to begin moving through. Making progress through the latter laps – with the race distance shortened to 13 laps due to fog delays earlier in the day – the BTT rider was able to cross the line in P6; a margin ahead of the man behind and only two tenths off the top five. McPhee alse feels he could have done more over the full distance.

Now it’s crunch time as the paddock prepares for the flyaways. First up is the Twin Ring Motegi, as McPhee aims to keep bagging the points to move up in the fight for the top five in the title.

John McPhee, P6:
“I feel like we’ve had a really successful weekend as a team and we’ve managed to make a small step forward. All through practice and qualifying we’ve managed to up our game a little bit so it’s really good to see that everything’s working so well. I think with a couple more laps we could potentially have challenged for the win today, so the shorter race distance was disappointing but it was the same for everyone. Me and my crew chief made a joint decision to use the soft tyre – it could have been risky but it seemed to work pretty good. We started with a tyre that had already done a couple of laps in qualifying and it worked well, we were the only ones on that tyre to finish the race in the top twenty. It was a good achievement all round. I’m happy with how things are progressing, we’ve got a really clear progression now heading into the three overseas races and we know what we need with the bike and from me. I feel like we can up our game and really show our potential before the year ends.”