John sets to work at a wet and slippery Motegi 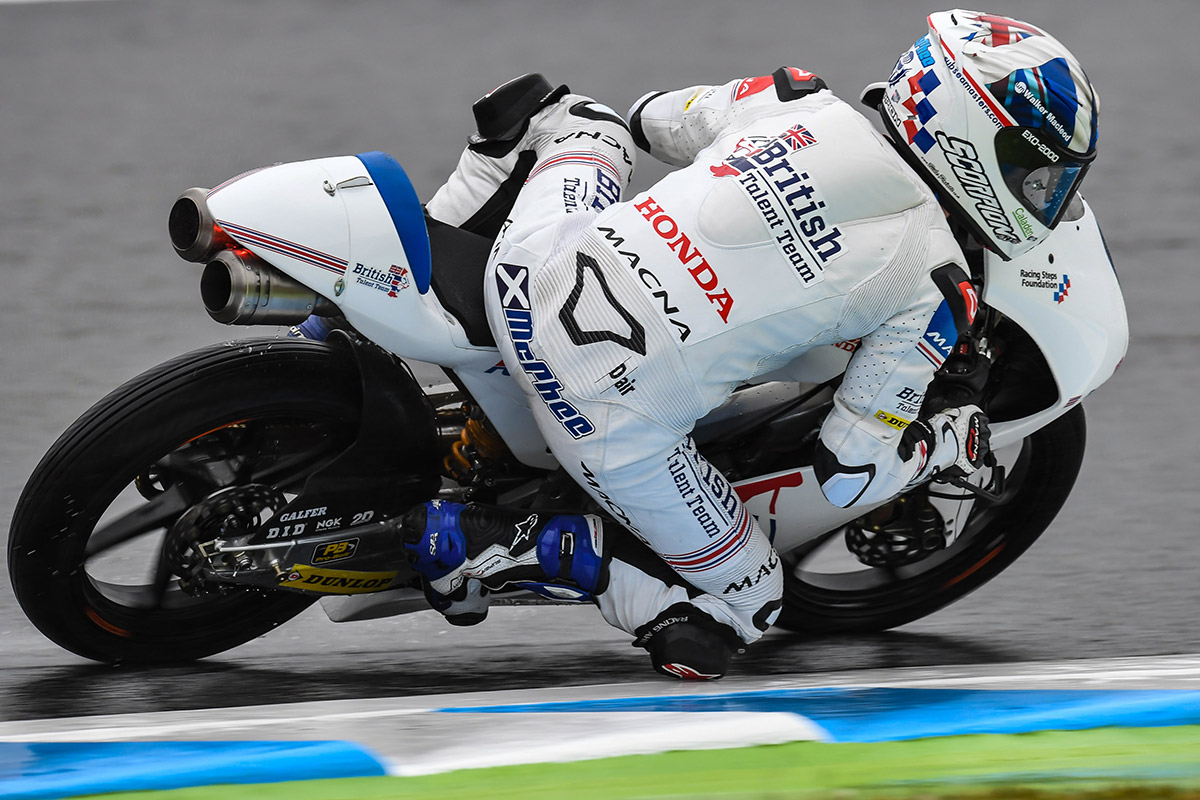 On the first day of track action at the Motul Grand Prix of Japan, John McPhee took P15 overall for the British Talent Team as he navigated difficult wet conditions at the venue.

In the morning the Brit was P12 with a best of 2:11.880 on lap 12 of 15, his fastest lap of the day, with FP2 proving more difficult. The Scot did 10 laps in the afternoon but didn’t improve his time, crashing late in the session but rider ok.

Next up is FP3 on Saturday morning, with the weather remaining in doubt, before qualifying gets underway at 12:35pm (GMT +9).

John McPhee:
“It was a proper wet day for all of us. In some ways it was nice as I’ve not felt great this year in wet conditions so it was nice to get some laps in. My feeling was good in FP1 but I struggled to move forward in FP2 as the track became more slippery. We’ve got some ideas for tomorrow though, so I’ll be aiming to make a good step in the right direction.”