Fantastic fight back from John McPhee at Motegi 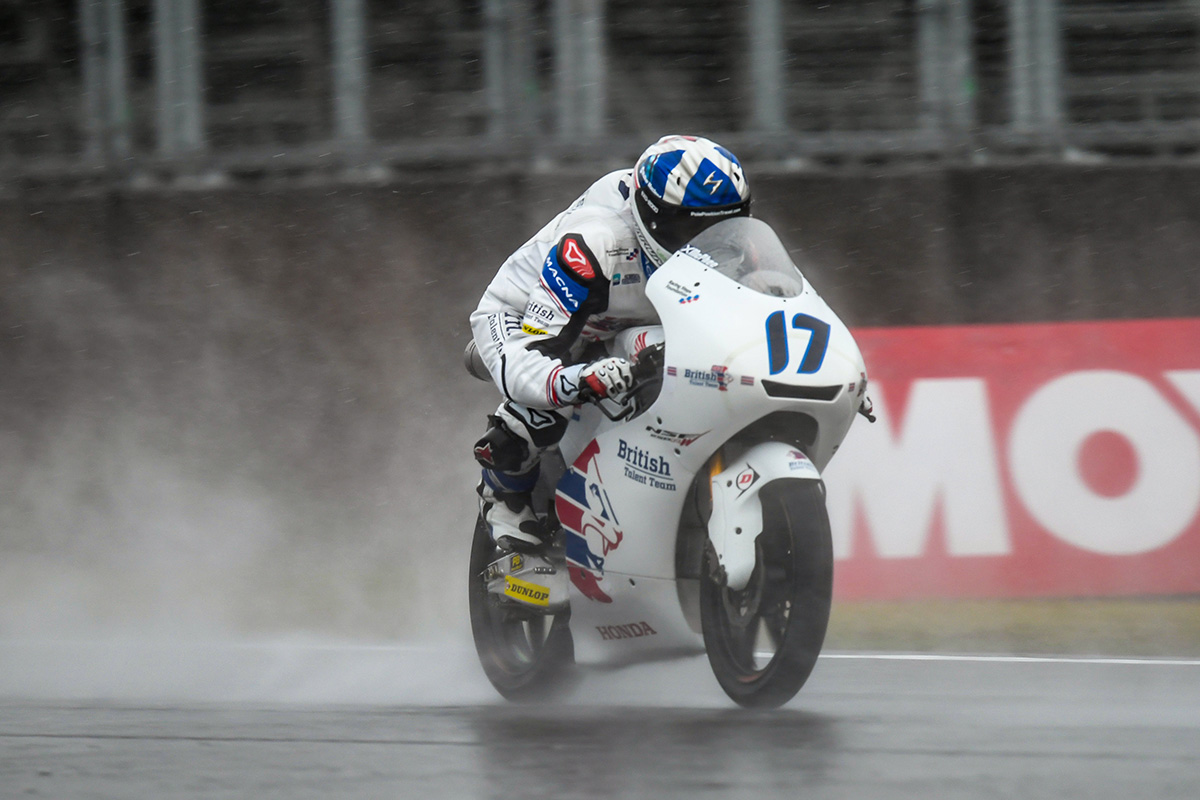 John McPhee bounced back from a difficult qualifying position in the Japanese GP, gaining seven positions despite a shortened race distance of 13 laps – moving up from P17 on the grid into the top ten.

With incredibly difficult conditions remaining for race day, McPhee found better pace on Sunday and was battling for sixth, running out of time to be able to try and move further up but able to cement some major progress through the field as he crossed the line in P10.

Next up is Phillip Island, where the British Talent Team will be looking to consolidate sixth in the standings and close back in on the top five.

John McPhee, P10:
“It was a crazy race to say the least! Being cut to 13 laps was a shame as I had to come from so far back but my pace was better today. 10th position was all I could manage but I was in the fight for 6th. I know I should normally be one of the fastest in these conditions but with no feeling from the bike it’s been difficult this year in the rain. I’m happy that we’ve had some consistently wet track time and working together with my team we’ve improved the feeling a lot and found the correct direction to go in. Now we’re onto Phillip Island where I’m really keen to get back on track!”