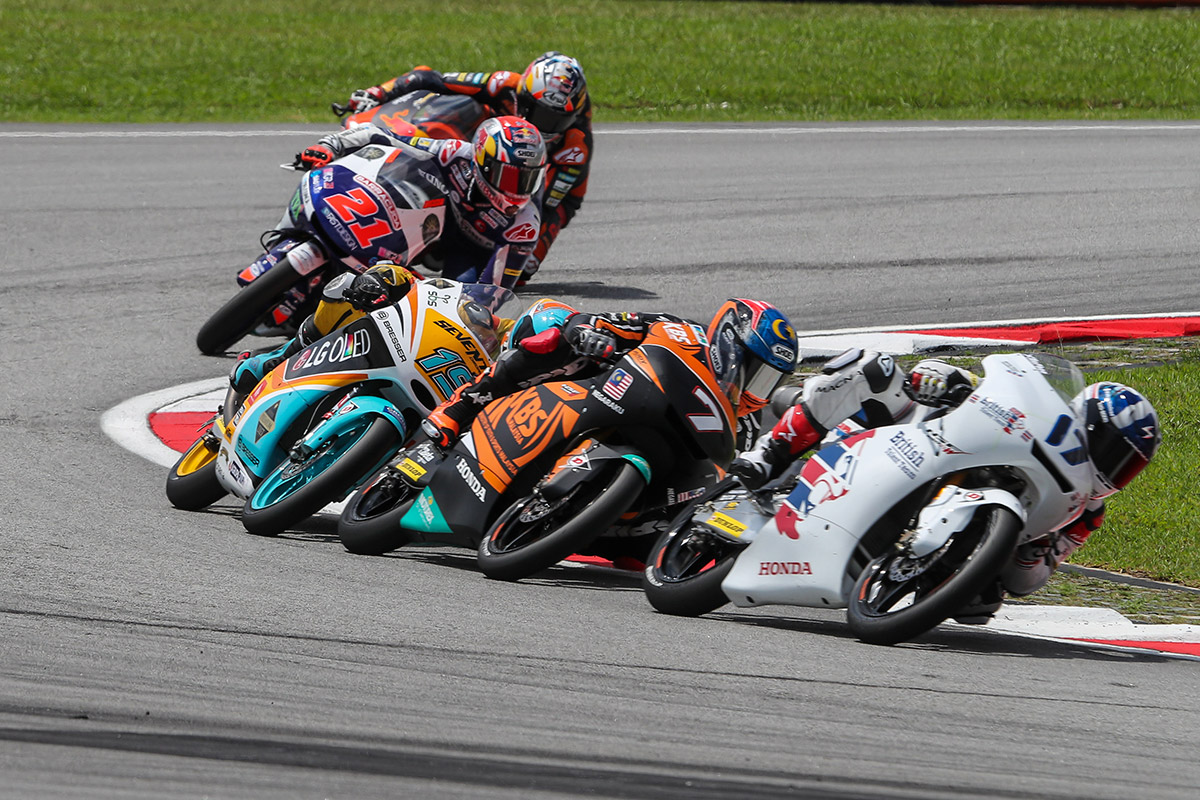 John McPhee converted a front row start at Sepang International Circuit into a top five finish – despite getting forced off track during the race in order to avoid an incident ahead.

After a solid start to stay up with the frontrunners, McPhee wasn’t quite able to stay with the lead trio but was fighting it out around the long, slipstream-heavy Sepang circuit.

Then, a crash ahead saw McPhee have to head over the grass and onto the entry to pitlane before rejoining – and the Scot had a fight on his hands. Picking his moment to perfection at the end, the BTT rider got the best of the group and crossed the line in P5.

Next up is the final round in Valencia as the paddock returns to Europe for one last fanfare in 2017 – and the British Talent Team are looking to end the year on a high.

John McPhee, P5:
“Overall it was a successful weekend. It was nice to be at the sharp end in every session and feeling so comfortable on the bike. The target today was the podium so I’m disappointed not to achieve that but I’m also happy that I managed to claw my way back through the order after running off track to avoid Antonelli’s crash. My bike felt great, so a big thanks to my team for all their hard work all weekend.”