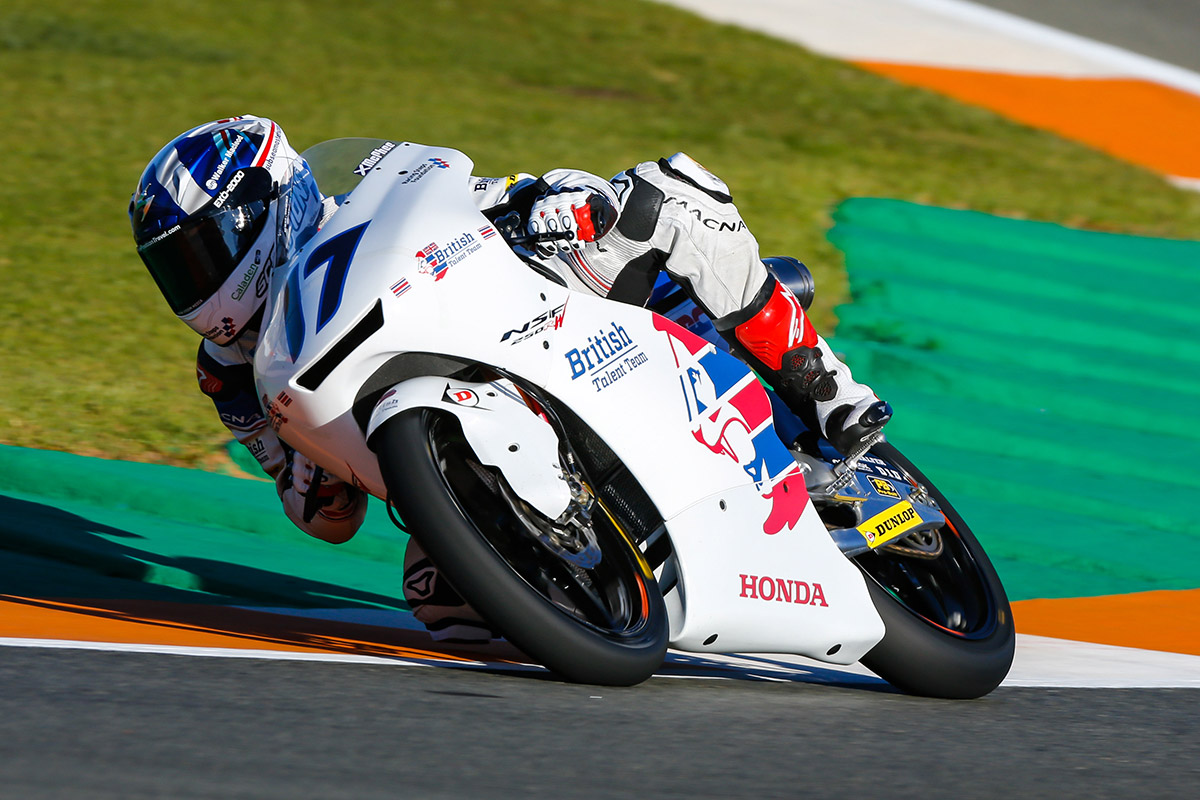 John McPhee ended Friday at Valencia out of position on the timesheets, and the Scot suffered a crash in the afternoon – rider ok – that reduced track time considerably. So the mission on Saturday will be to bounce back quickly, making the most of FP3 before gearing up for a final qualifying push in 2017.

Saturday sees the field decide the final grid of the season, with the session set for 12:35pm (GMT +1).

John McPhee, P27:
“It wasn’t the best of days to start the weekend off. FP1 was steady enough but in FP2 I had a crash at the start of the session and lost a lot of valuable track time. The guys did a great job of getting the bike fixed and I managed to get out for a few laps at the end but we weren’t able to improve the laptime. So I’m down the order, not so far away laptime wise but the position isn’t great. But I’m feeling good for tomorrow and with a few more laps I think we can be stronger.”