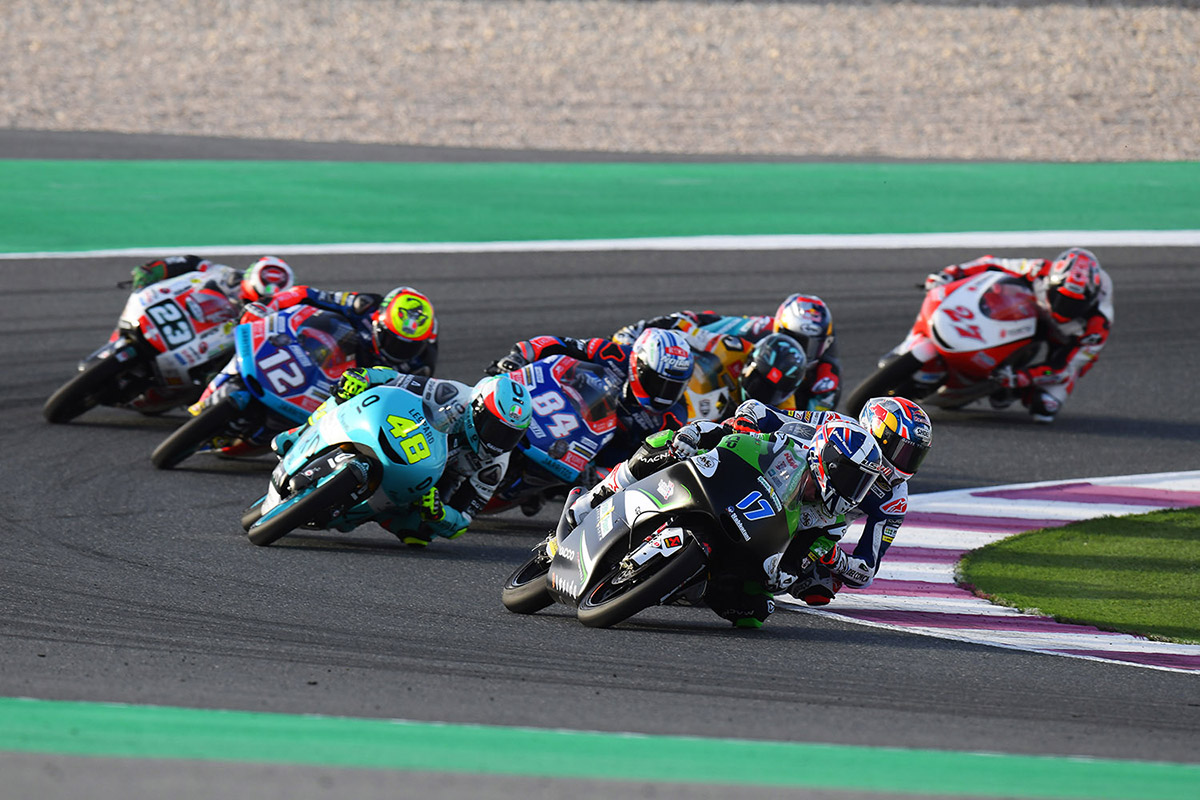 The CIP-Green Power Moto3 team produced a fearless display in Qatar at the Losail International Circuit to conclude the first Moto3 round with amazing fight for the Top 3 by John McPhee.

Johnhad qualified 12th with only 1,04s gap from best time. Second of Qatar GP 2017, He lost 8 positions on the first lap of the race, but immediately went in pursuit of the leading group and took back fighting for 3rd place on podium by lap 15.

In the last seconds of the race, an error during the intense battling caused John to crash out. Although disappointed in the eventual outcome, John has plenty of positives to remain focused on.

John McPhee #17:
“Overall we can be satisfied with the weekend. We showed our true potential through free practices, and speed that we had through the race was very promising. I think that everybody in the team have done a good job, I am very thankful to them. I was pushing to try to take the third position on the podium, I had to put a risk and unfortunately I crashed. Overall I’m satisfied and ready to fight for the win again in Argentina”.