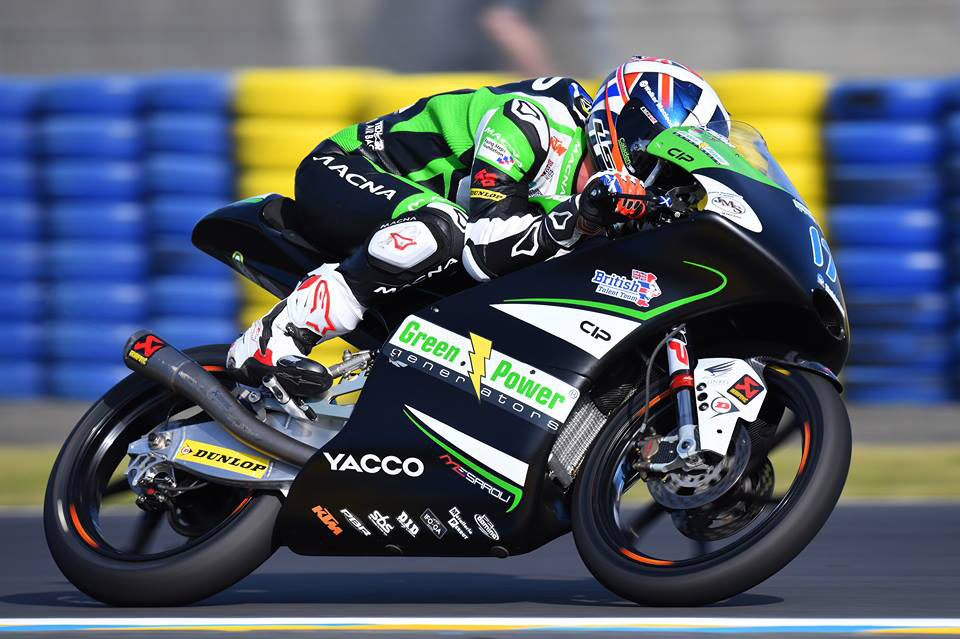 From Friday at the French Grand Prix at Le Mans, John McPhee showed to have a very good pace. He rode alone every time without any reference in front of him as requested by the team.

On Saturday, the FP3 was positive for both the CIP riders, and John got the 7th position.

John wasn’t so lucky in Qualifying however: after the first tyre change he was going to set one of the fastest lap when he crashed by hitting his left wrist. He restarted 3 minutes before the end, no enough time to have a good position on grid.

During the race John gave 100% in his fight to lead the second group of riders. He was able to keep a great pace throughout the whole race and finally took 12th position.

John McPhee #17:
“I think that I have to be happy, I finished in the points zone after starting in 27th position. The race was a good battle and I tried to manage the front of the second group. The P12 is a good job as well. I need to say thanks to the Team because they have been working really hard for the whole weekend. And they did a good job especially after Saturday’s crash: they repaired the bike very fast. Overall we are becoming stronger, we have to bring it all together to Mugello and we can look forward to an exciting weekend.”