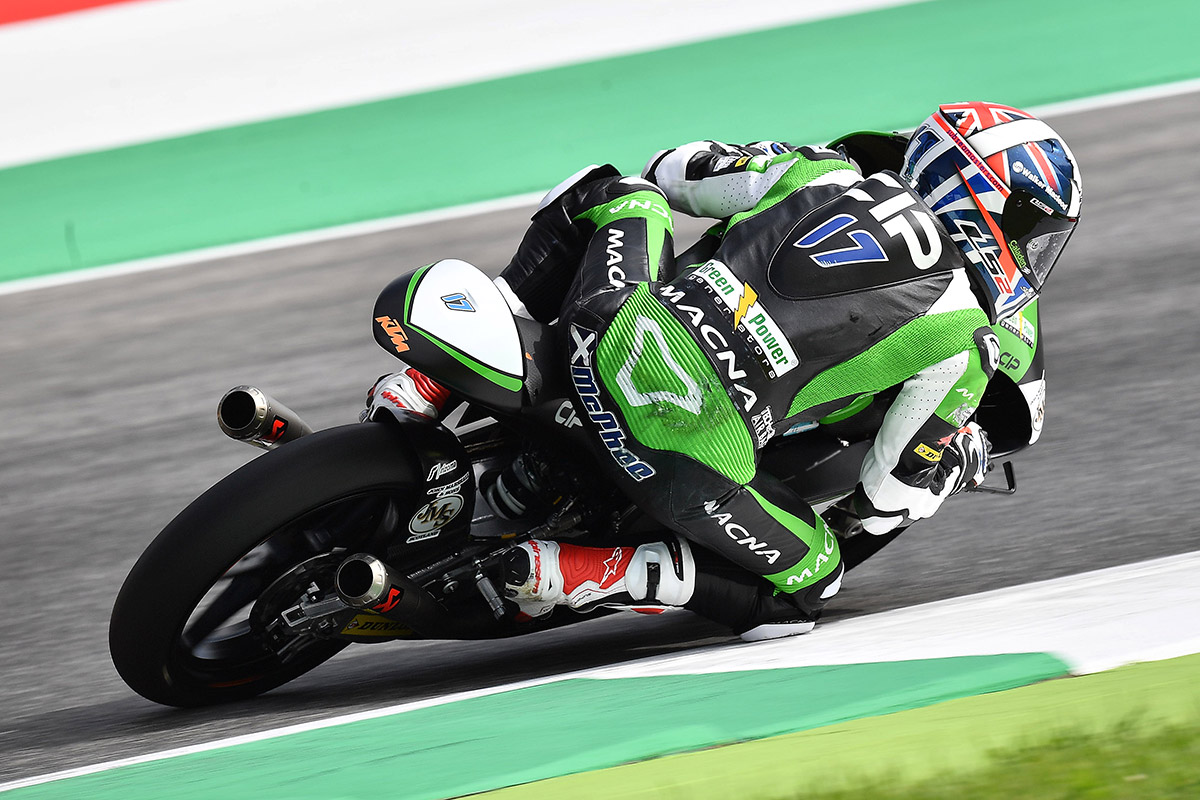 The 6th round of the World Championship that took place in Italy at Mugello Circuit, began in a very positive way on Friday when John McPhee ended up 6th in FP1. Despite a difficult Qualifying session, John made an impressive catch up during the race, scoring 4 more points in the Championship.

In the Free Practices, John quickly found very promising sensations on the bike and made good timings on Friday. After a complicated session on Saturday morning, he classified in 14th position in the cumulative Free Practices.

During qualifications, both the CIP-Green Power riders encountered some difficulties. John improved his time in the last laps, but this was not enough to guarantee him a decent position on the starting grid, qualifying in 19th position.

John McPhee #17:
“We had a difficult weekend: we were regularly in the top 10 during practices and warm up and we have the speed to fight with the front riders. However, the qualifying remains the sticking point. I will focus on this aspect for the next races to be able to start in the first rows in Catalunya GP and fight in the head group.”