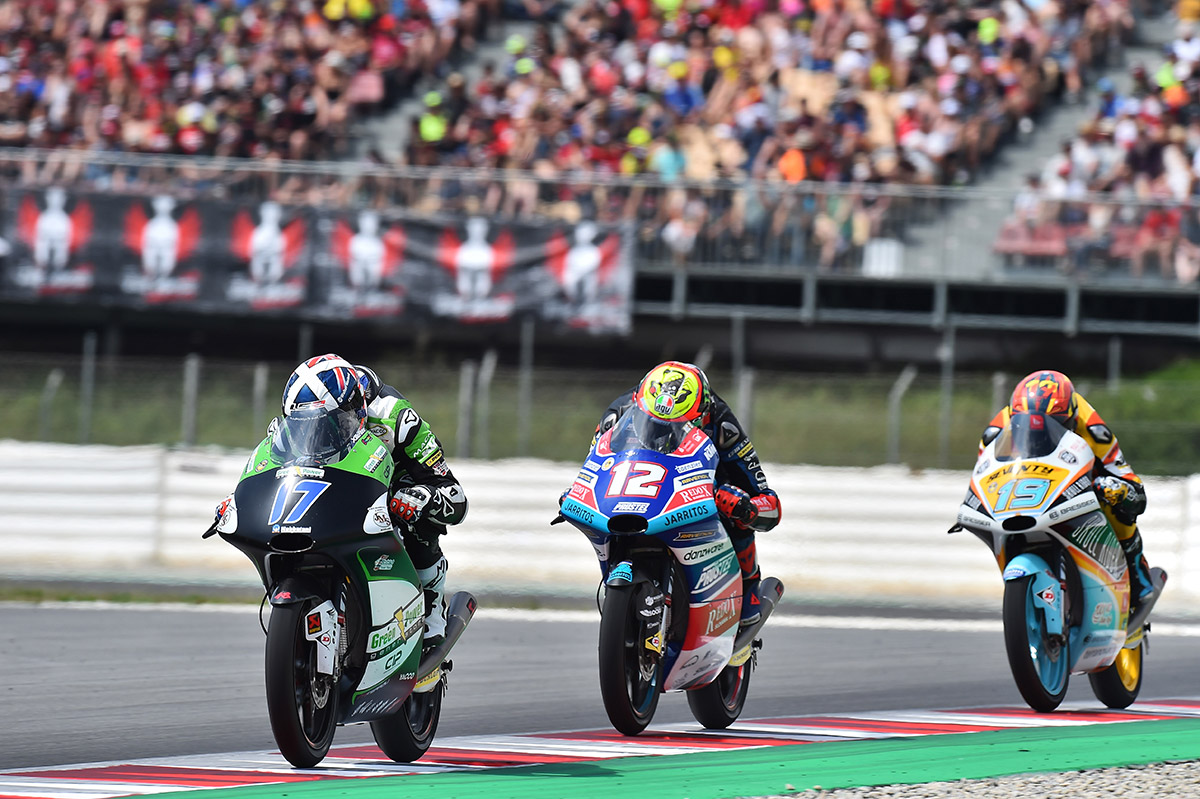 The 7th race of the MotoGP World Championship took place this weekend under the Catalan sun and was favorable for the CIP-Green Power team as John McPhee rode a really strong race at the front and eventually finished in in 4th position.

The weekend was marked by numerous crashes due to the new track asphalt that made grip difficult. John and teammate Makar had harmless crashes during the free practice. John ran a very good session, qualifying 7th on the starting grid.

During the race, he made a good start and remained in the lead group until the end, alternating between 1st and 8th position. He avoided the traps and fights between his competitors, taking the lead of the race for the three laps before the end, but was overtaken on the last lap. He finally crossed the finish line at a well-deserved 4th position.

John McPhee #17:
“First, I’d like to thank the Team because the motorbike was really well prepared. I’m pleased I improved in the qualifying practice and so, had the opportunity to fight in the head group from the first lap. During the race, I felt good, everything was under control. In the end, I’m a bit disappointed I couldn’t get on the podium. But I really liked to be back at the front and to fight for the podium. It’s a big step forward that we will pursue in the next races.”