John crashes out fighting for the win in Assen 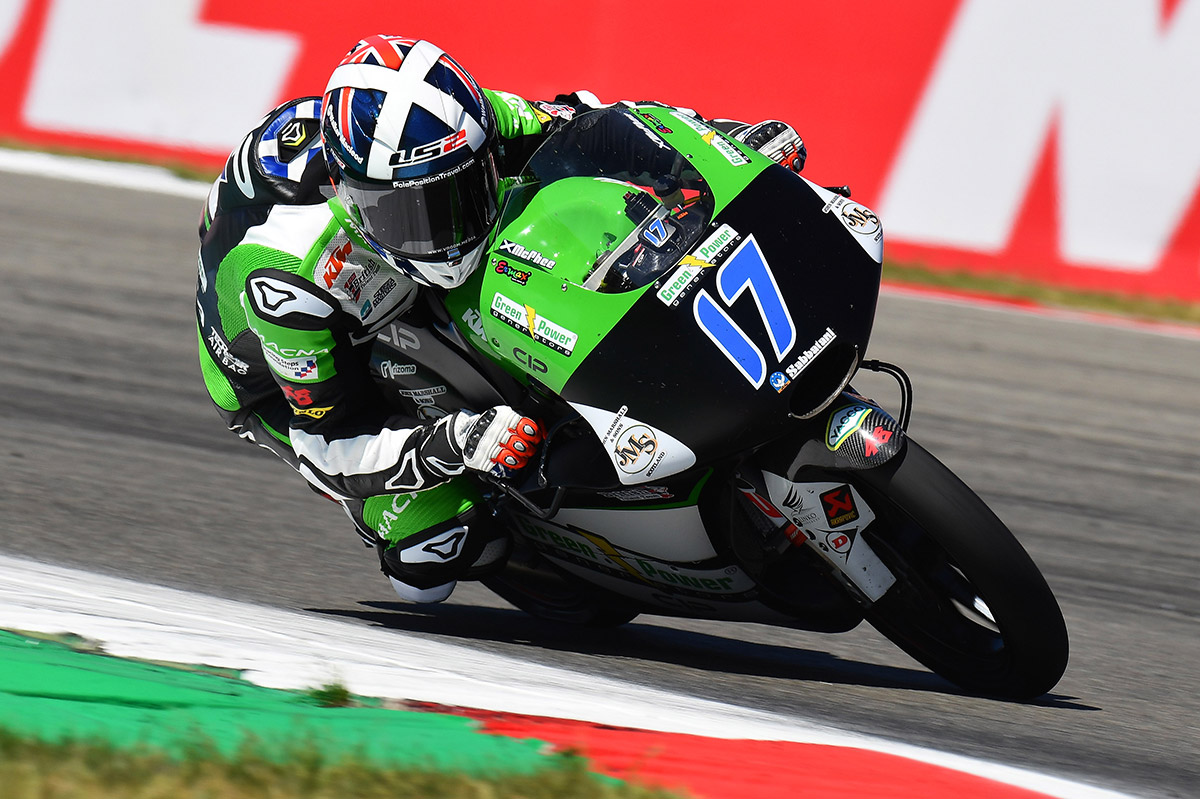 John McPhee, who achieved excellent results the whole weekend at Assen in the Dutch TT, fought for victory before falling 2 laps prior to the end.

Right from the start, John found the right pace. It allowed him to get the third time in each of Friday Free Practices, 0.155 seconds only from the best time in FP2.

He took the 6th position on the starting grid and maked an amazing race. Each lap, he fought for victory, either fighting in the top 5, or leading the race. But a fall, two laps to the end, prevented him from winning.

Alain BRONEC, Team Owner:
“John was fantastic. He fought for the podium during the whole race and took the lead several times. He remained in the top 5 and his lap times were great. Even if he fell two laps before the finish line, he really worked hard and we’re satisfied with his weekend. We put all our trust in him for the next races since he showed he could be one of the leaders of the Championship.”

John MCPHEE #17:
“I try to stay positive about this weekend as it’s the only thing I can do. It really was a very good weekend, a great race in which I remained in the top 5. I fought for victory and I’m glad of the progress I made regarding performances. I feel bad for the team since I fell and wasn’t able to bring victory or, at least, stand on the podium. We still need to keep working. The level improves every weekend and I’m sure results will be seen very soon.”