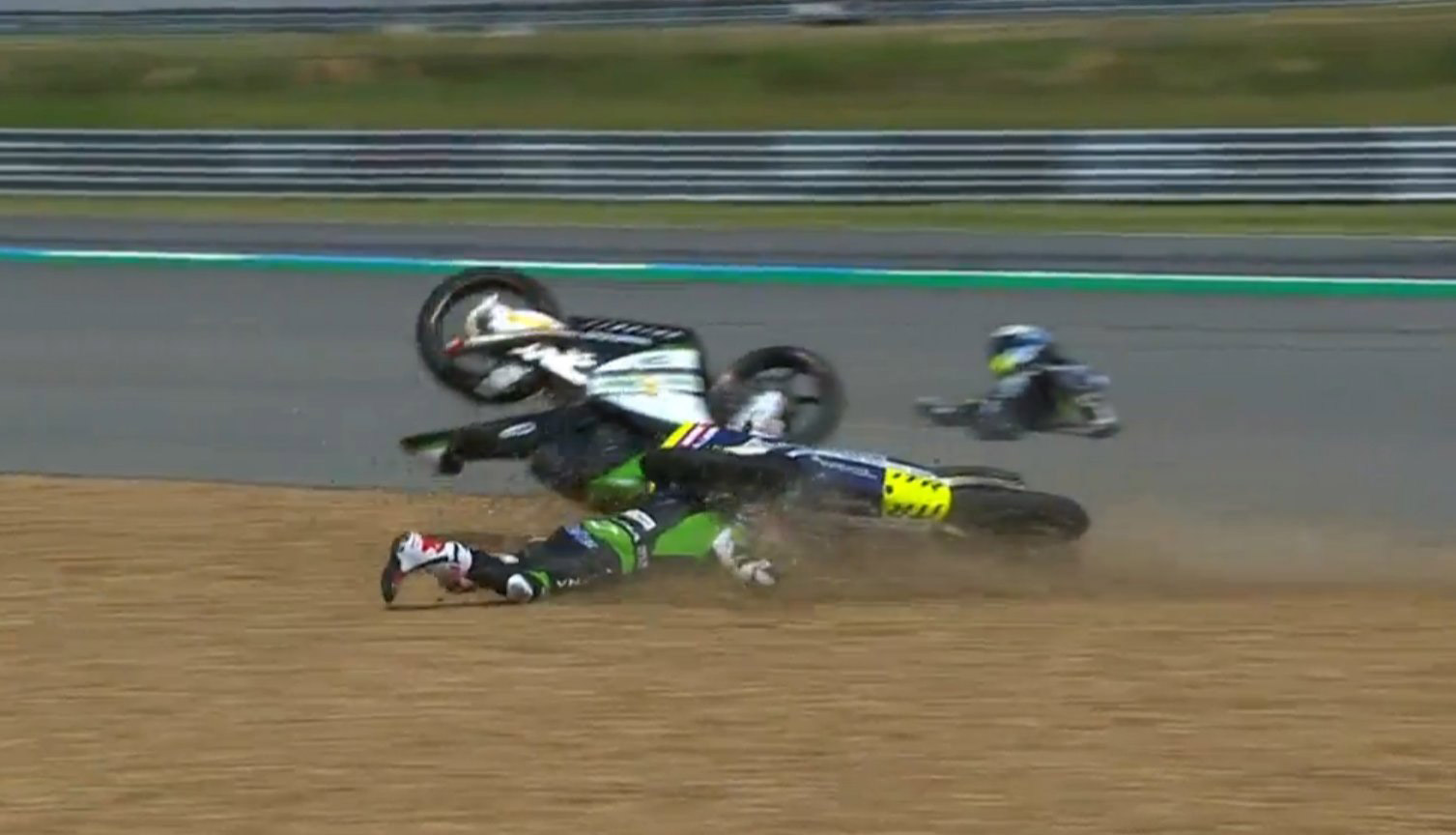 John McPhee had a good start to the weekend at the new MotoGP venue Buriram Thailand, although on his last lap of FP2 he suffered a nasty looking crash at Turn 7.

Coming out of Turn 6 he nearly highsided, but just kept it together, then on heading into Turn 7 he then lost the front of his KTM machine, leaving Vicente Perez with nowhere to go and the Spaniard rode into him. John got his head caught under Perez’ bike.

Thankfully though, he gave an encouraging thumbs up as he was stretchered to the medical centre and was later declared fit. John says he is a bit bruised but doesn’t feel too bad.

This is John’s first visit to Thailand and he is enjoying the new experience, commenting what a beautiful country it is and how friendly everyone is. Not always the most adventurous when it comes to food, he’s even enjoying some of the Thai dishes he is trying for the first time!