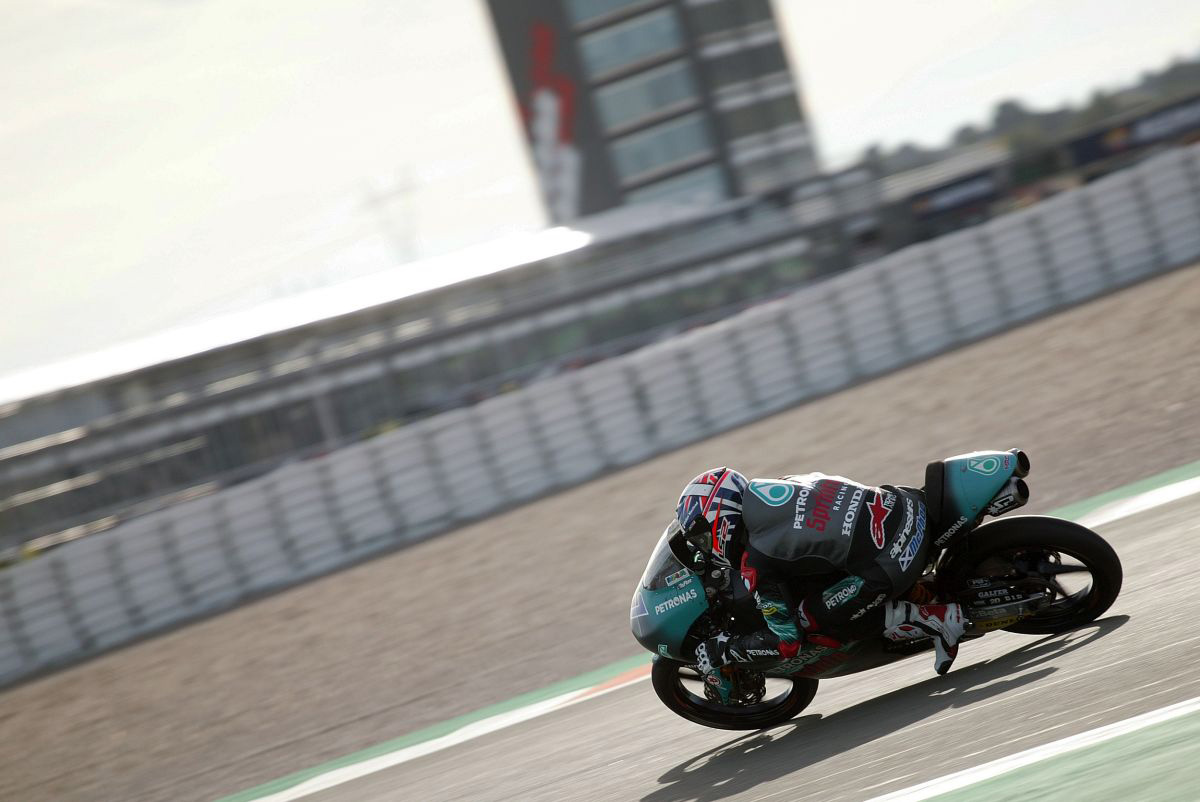 PETRONAS Sprinta Racing have completed their first test of the 2019 Moto3 preseason, with two days on track at the Ricardo Tormo Circuit, before closing the book on 2018. New signing John McPhee enjoyed a very satisfactory two days and is now looking forward and motivated for 2019.

Unlike the recent Grand Prix at this circuit the conditions for the test were dry, with just a little wind on Tuesday. John was impressed with his first outing with his new team, the British rider completing 100 laps and setting a strong rhythm that also gives him high hopes for next year.

Sasaki and McPhee will now enjoy a winter break before returning to action in earnest in February 2019.

#17 John McPhee
“Overall our first test has been very successful. I’m going into the winter positive with my feeling from the Honda and really happy with my new crew. My pace was strong over the last two days and with more pre-season testing I feel like I can be very strong come the first round in Qatar.”

Johan Stigefelt – Team Manager
“We have spent two days of tests with the Moto3 team here in Valencia and the weather has been good. It was particularly important for John [McPhee] to rediscover his feeling with the Honda, after a season with another manufacturer, and he also got to know his new team. We have improved the bike little by little and today he put together a really good run riding alone. I think that after this test, McPhee can go to Malaysia in good shape to continue his work.”