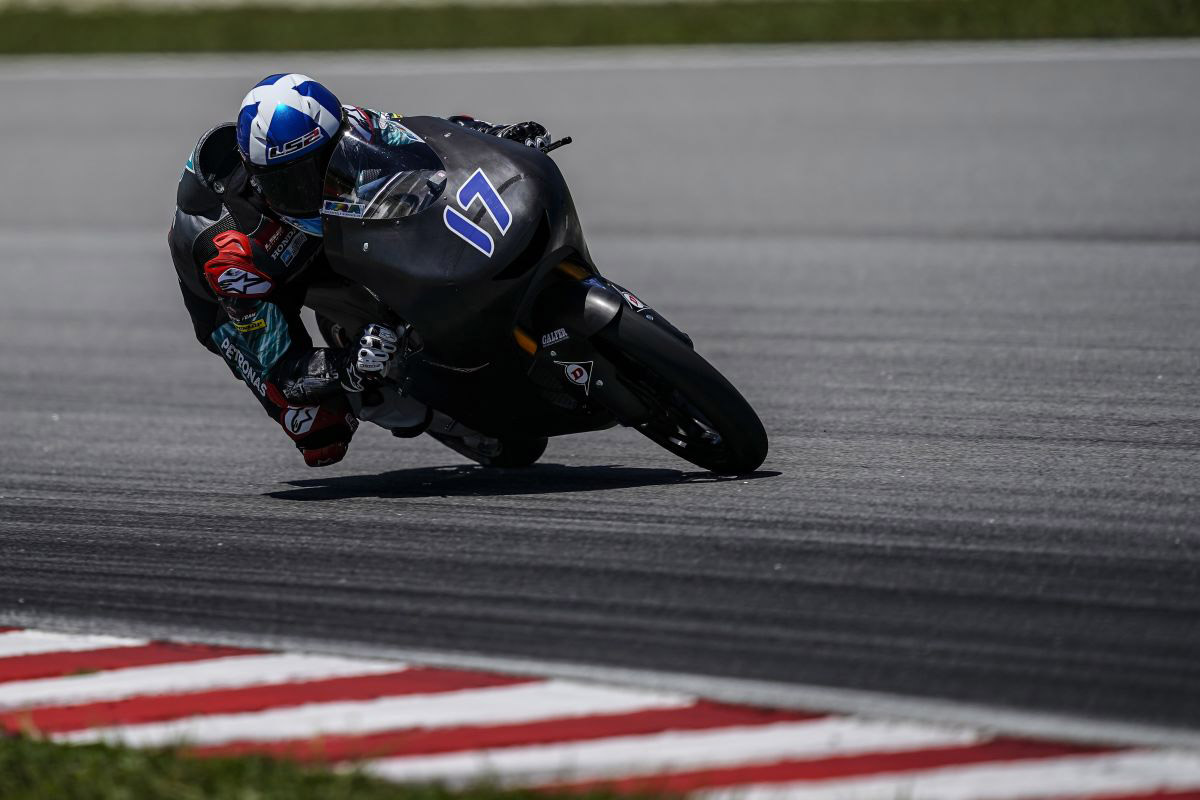 The 2019 preseason got underway in earnest today for John McPhee and Ayumu Sasaki, with the first day of a three-day private test at the Sepang International Circuit. Today was an opportunity for the pair to establish a base setting for their machines, before making gradual alterations – over some 38 laps in John’s case.

John continued his adaptation to a new Moto3 steed, which is different to the bike he rode last season. The Scotsman has plenty of work to do and started the process today with his efforts focused on finding a base set-up and optimum riding position. At the end of the day he spent a few laps pushing for a fast time around the Malaysian circuit and he was satisfied with the outcome.

The PETRONAS Sprinta Racing riders have two more days on track at the Sepang International Circuit to continue their work at this private test.

#17 John McPhee
“I am very satisfied with the first day here at Sepang. Today was a successful first day, working with the new bike and trying to understand all the new parts that HRC have brought. In the first half of the day we worked a lot on my position on the bike and trying to find a good base setting, although what Honda brought for 2019 already worked pretty well. After the lunch break we didn’t go down one particular route, just tried a few different things and ruled out whatever didn’t work. At the end of the session we put some new tyres in and managed to set a good lap times, which was one of my objectives for today. So far everything is going well and I am looking forward to completing more tests with the bike over the next two days. I am also really happy with how the team is working.”