John sets to work as practice gets underway at Qatar 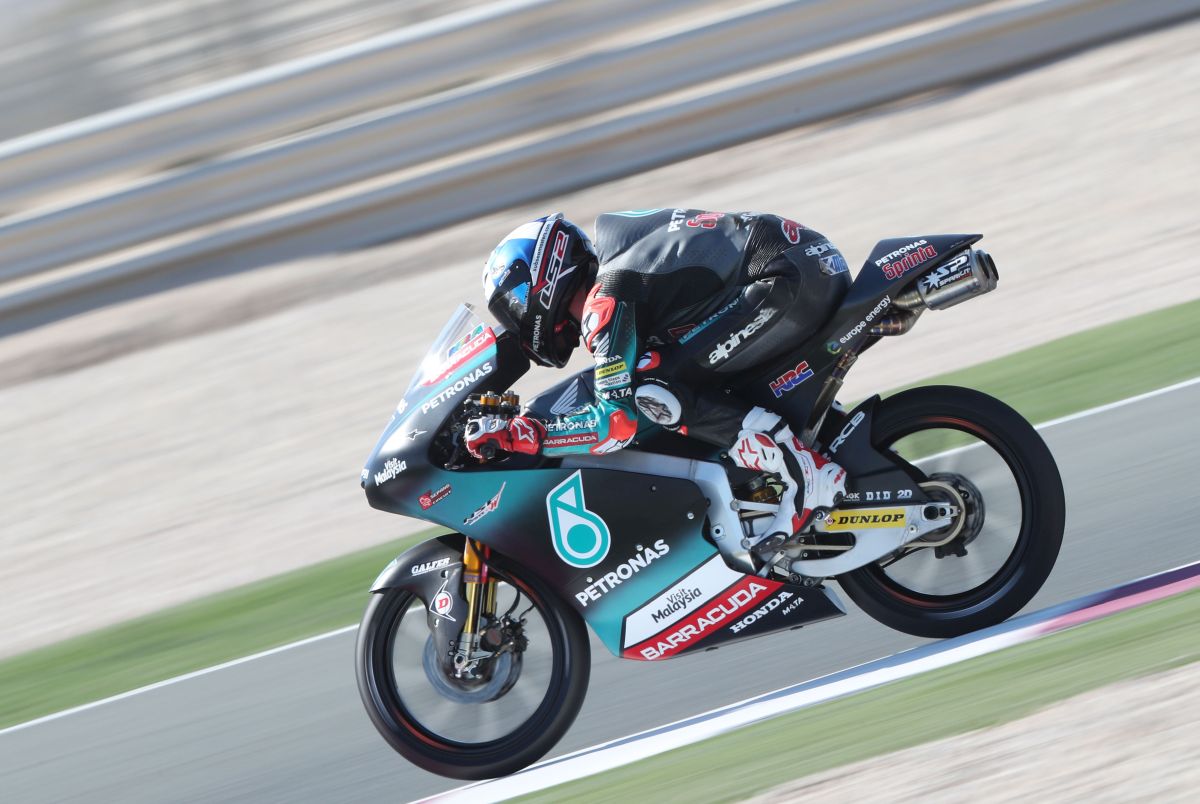 The 2019 Moto3 World Championship got underway on Friday evening with the first free practice sessions for the Grand Prix of Qatar, with the PETRONAS Sprinta Racing team returning to action with their new rider line-up. New signing John McPhee finished 16th fastest with teammate Ayumu Sasaki in 19th, as the action officially got underway under the floodlights of the Losail International Circuit.

John continued with his adaptation to a new motorcycle and finished his first official session as a PETRONAS Sprinta Racing rider in 20th position with a best effort of 2’07.595.

Both riders were then able to step up their pace in FP2, although not quite enough to secure a position that would give them direct access to Q2. Even so, John took a big step forward as he knocked two seconds off his lap time from FP1, missing the cut-off point by less than a tenth as a best lap of 2’05.618 left him in 16th.

Tomorrow the PETRONAS Sprinta Racing pair will have another opportunity to improve in FP3 before, for the first time, the Moto3 class enjoy a Q1 qualifying session that gets underway at 17:30 local time, followed by Q2 from 17:55h.

#17 John McPhee
“It is nice to be competing here in Qatar, it is always a pleasure to go racing again. In the first session we wanted to try some configurations that we didn’t have time to test here last week, and in the second session we went back to what we had and got back to the performance we showed in the test. Honestly, everybody has been going really fast today and I am really close to them in terms of the lap time. I am only a tenth off the top six but we have work to do to find that little extra. Obviously, the race will be different to free practice but I need to try some more things in FP3 and take as big a step forward as we can, because the lap times are so close and we need a good grid position. This is the first day of three here at the opening Grand Prix of the season, we have two more days ahead of us and I am sure we can do well in the race.”