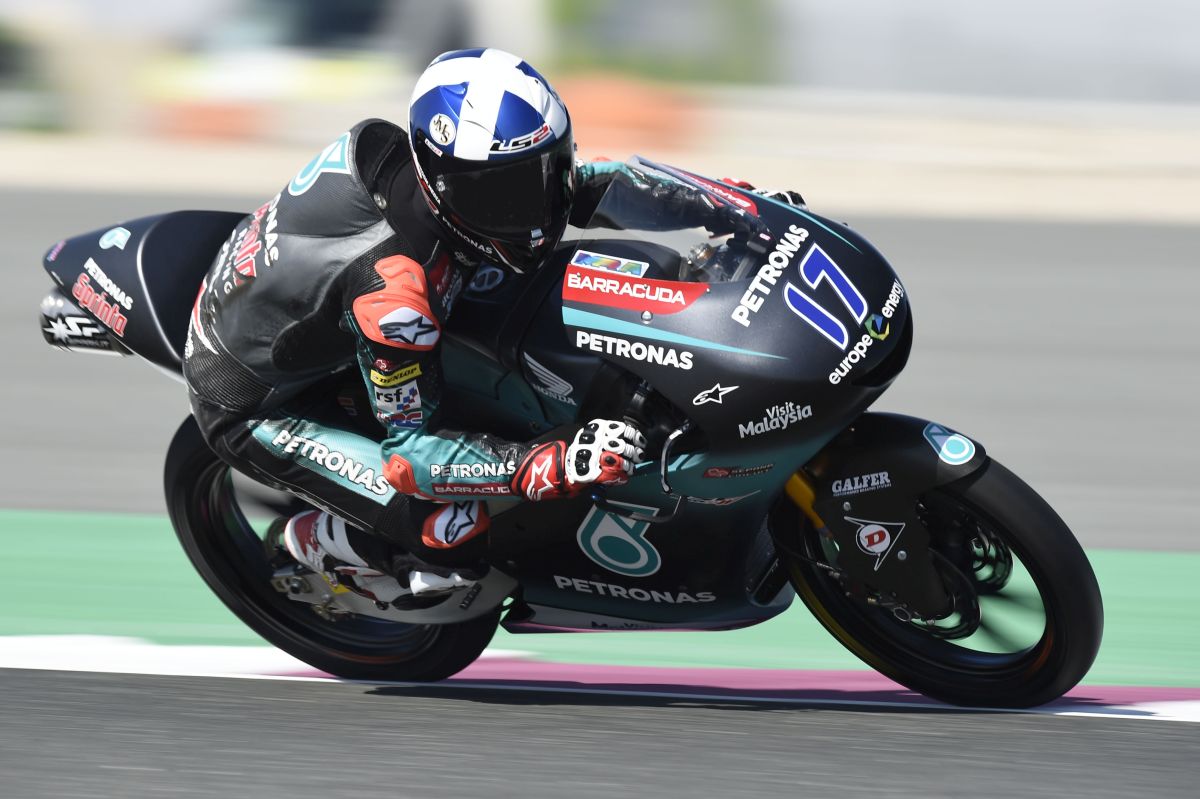 It was a positive second day for PETRONAS Sprinta Racing at Losail International Circuit as John McPhee breezed through Q1 to fight for pole position, finishing fourth to secure second row start for opening race.

The day started with strong winds at the Losail International Circuit for FP3 and whilst the conditions prevented from improving on their lap times from yesterday, both riders were able to make their preparations for qualifying. John finished the session in 23rd place with a 2’08.353.

The young Scot took a big step forward under the Qatari night sky, securing his progression from Q1 when he posted a lap of 2’06.718 –the second fastest time of the session– with three minutes remaining. The PETRONAS Sprinta Racing rider then made his challenge for pole position, lapping even faster with a 2’06.308 that proved sufficient for fourth place on the grid.

The first Moto3 race of the season takes place tomorrow night at the Losail International Circuit and it will be an 18-lap affair that gets underway at 5pm local time.

#17 John McPhee
“I am very happy, not just for me but for the whole PETRONAS Sprinta Racing team. To come through Q1 and then qualify on the second row in Q2 is a great result. I felt strong in the preseason tests and I thought I could be up at the front, but we struggled a little in FP2 yesterday, so it’s a great achievement to have turned the situation around. I’m looking forward to the race because my race pace has been my strong point up to now and I think it should allow me to challenge at the front in the race.”