John claims first points of the season in Qatar 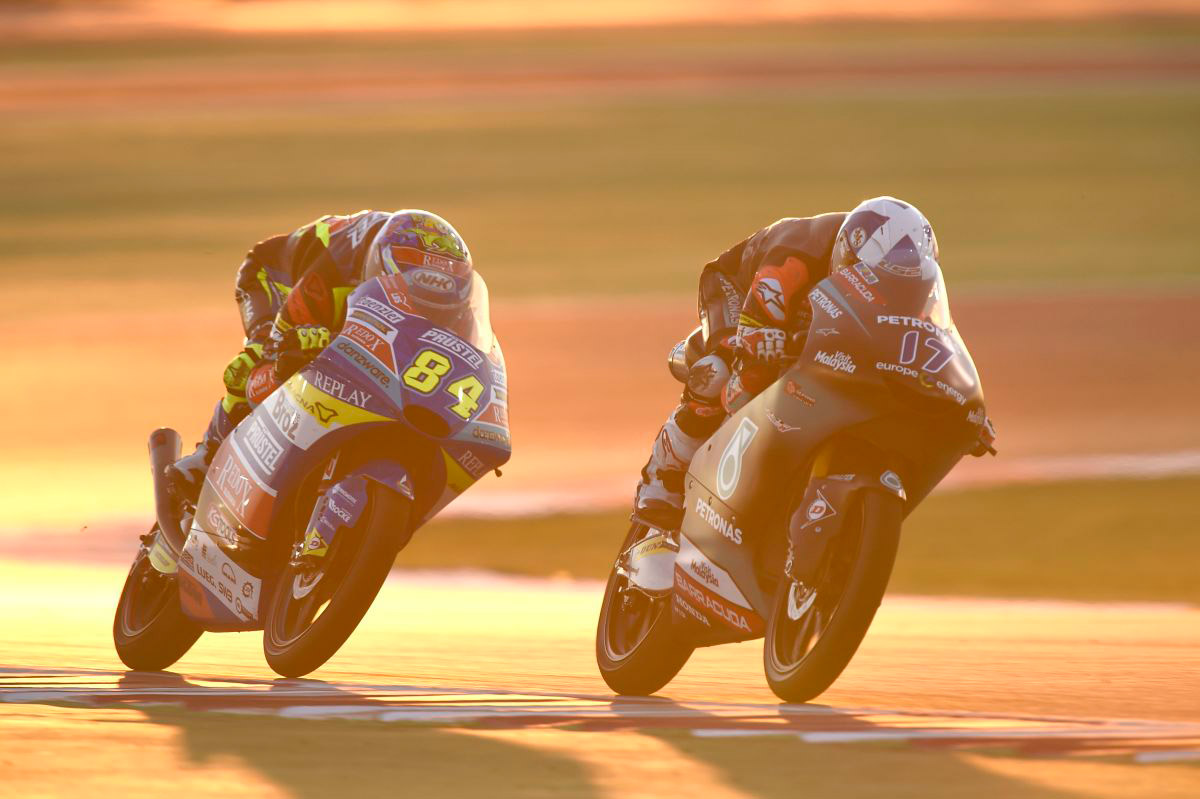 The PETRONAS Sprinta Racing team picked up the first points of the season in the opening round of the Moto3 World Championship thanks to John McPhee, who finished thirteenth in a hotly contested race at the Losail International Circuit.

John had to recover from a difficult start to the race, when he went backwards from fourth place and found himself outside the point-scoring positions. However, the PETRONAS Sprinta Racing rider made gradual progress with every lap, recovering as high as eighth place before eventually taking 13th in a close battle to the line.

With this result, John picks up three points and is 13th in the Championship as the series moves on to Argentina, where Sasaki will aim to open his account for the season on 31st March.

#17 John McPhee
“It is nice to be back racing again, having a scrap and doing what we love. My bike felt great in the race, the team have done a great job on finding my race pace and I knew it was going to be good. Unfortunately, we had a small technical problem with the top speed, which cost us particularly on the straight, but the bike was good around the rest of the track. I made a couple of mistakes on the first lap, ran wide in one corner, and when you do that at the beginning it costs you for the whole race. After that I focused on setting my pace, which was good, and tried to catch the lead group, which I managed even though I was stuck at the back. The good thing about the weekend is I felt strong, my pace and feeling were good and the speed is there. We have limited the damage by picking up some points and now we can turn our focus to the next GP in Argentina.”