John’s Argentina GP race scuppered after contact from another rider 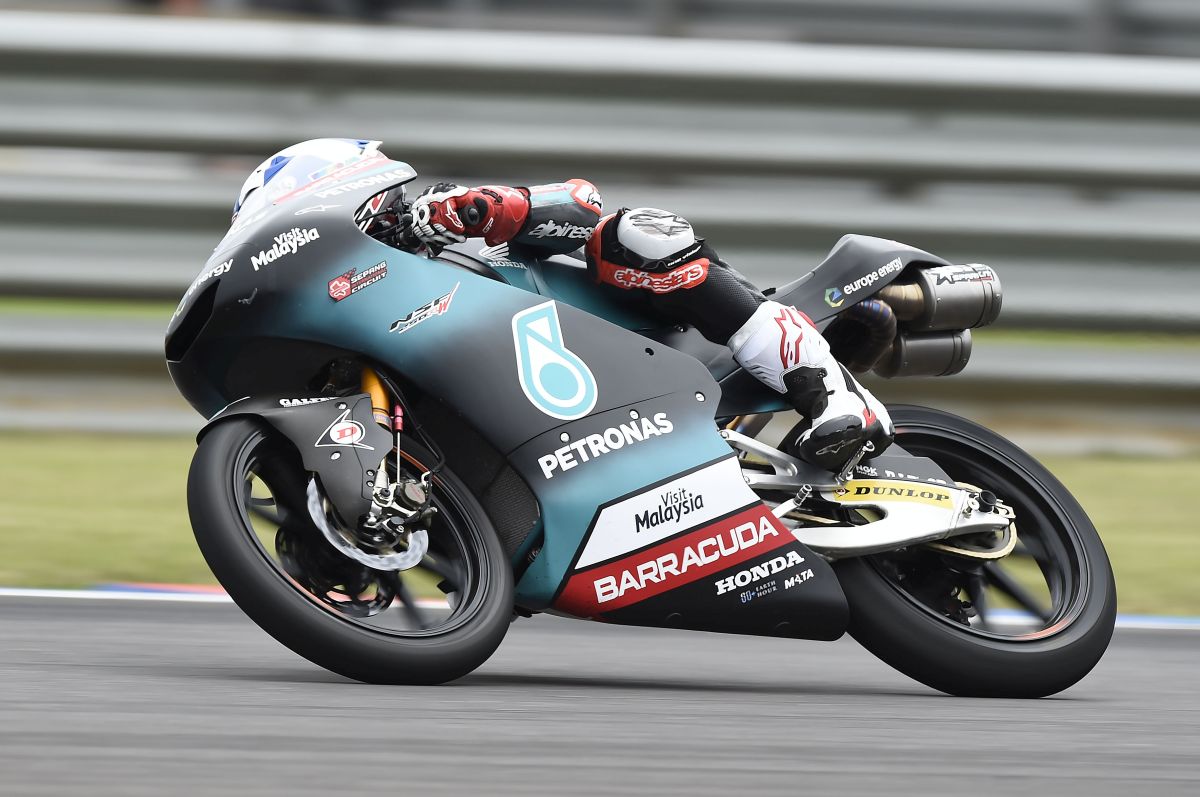 PETRONAS Sprinta Racing rider John McPhee faced a frustrating end to the Argentinian GP weekend, having once again been the fastest rider in the warm up and going on to lead the race, only to with 10 laps to go following contact by another rider, remounting to 21st place.

John, who took off from 11th, kept up the same strong pace that he had shown all weekend, and was up at the front within the opening laps. He would briefly lead the race, but would drop back into the pack and with 10 laps remaining, crashed on the penultimate corner. The Scotsman remounted his bike to take 21st at the chequered flag.

The next round of the Moto3 World Championship season is the GP of the Americas, which will be held on April 12-14th.

#17 John McPhee
“Honestly, I felt good until the moment I crashed. I got into the lead and I tried to push the pace in order to establish a gap, but I didn’t manage to do it and I dropped back into the group. I was trying to find my way to the front of the race again, when another rider touched me; he must have damaged the back of my bike. I didn’t notice the problem until the next corner, when I couldn’t use my rear brake. It’s a shame, but these things happen in racing. I’m hoping that, as this weekend we have found a great pace, we can carry it over to the next race in Austin.”