John to start from 14th on the grid in Jerez 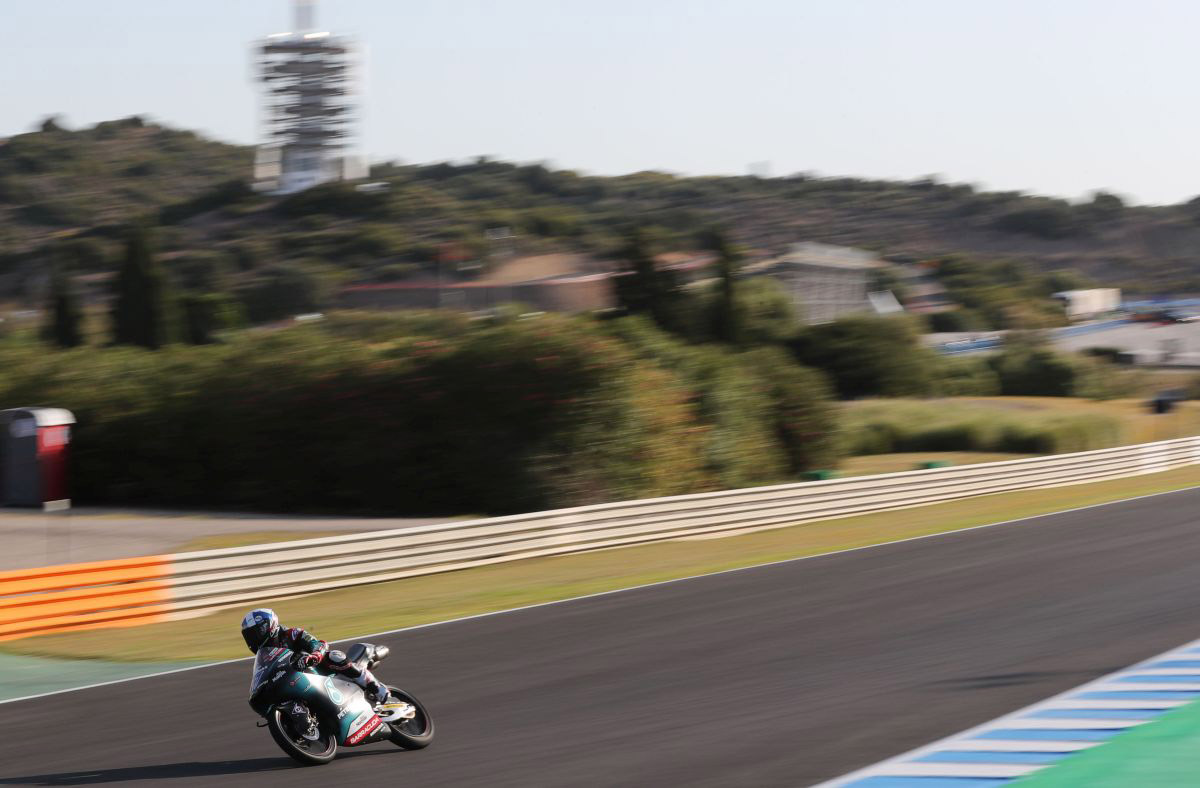 The PETRONAS Sprinta Racing Moto3 riders will start tomorrow’s Spanish GP from the fourth and fifth rows of the grid, after their exploits in qualifying this Saturday afternoon, with John McPhee lining up in 14th.

In the last Free Practice session of the weekend, the pair made their way directly into Q2 by improving on their Friday lap times. Sasaki was second in FP3, with a best time of 1:46.105 set on his final lap, while John was fifth thanks to a 1:46.133. This is the second time that the duo have both gone directly to Q2 this season, after also doing so in Argentina.

Whilst Sasaki opted to leave his flying lap with new tyres until the closing moments of Q2, McPhee decided on two more time attacks in search of a better spot on the grid. McPhee enjoyed the most success during his first stint, in which he managed a 1:47.130. He will start directly behind his teammate on Sunday, in 14th.

#17 John McPhee
“I have a better pace than I thought. Everything is always very tight at Jerez and it is important to gain a advantage over other riders. In FP3 we tried some different things. I wasn’t too comfortable on the bike, although I set some good lap times. In Q2 I only had two or three opportunities for a hot lap, and unfortunately today I wasn’t able to put together a perfect one. I made a mistake at Turn 1 on my last lap with a new tyre; my second and third sector were fast, but not enough to recover what I’d lost through that mistake. We know that there will be a big battle tomorrow. Luckily I’ve been competitive in practice, so we can work on that to get the best possible result.”