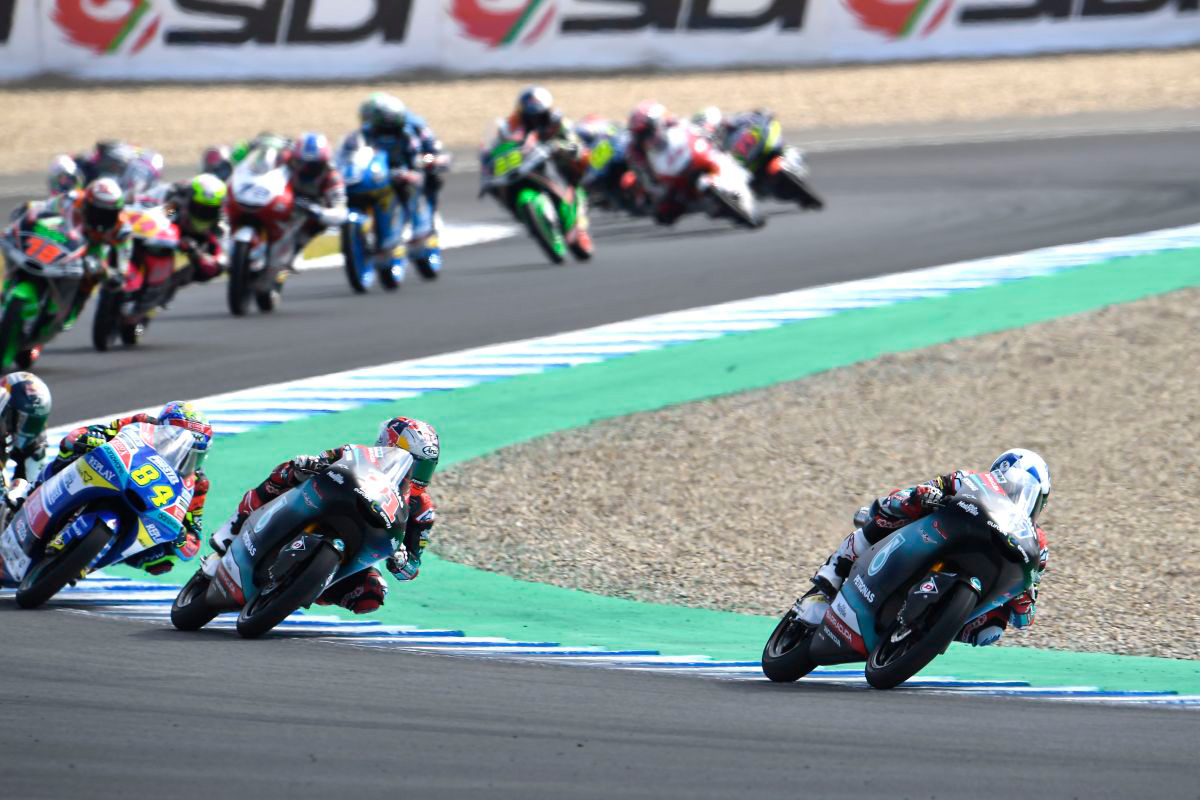 The PETRONAS Sprinta Racing duo concluded the Spanish GP with two point scoring positions inside the top fifteen today. John McPhee achieved a season-best finish of 12th as well as setting the fastest lap with a new circuit record of 1:46.365, whilst teammate Ayumu Sasaki also took points by crossing the line in 15th.

For the third time from the four races so far this season, John added points to his tally and was one of the fastest riders in the opening stages of the race. The PETRONAS Sprinta Racing rider opted for the soft rear tyre and this helped him to set the new circuit record on lap two as he moved up to sixth place early on. Halfway through the contest, the Briton’s pace dropped, although he would pick it back up on the final laps.

After four races, John McPhee is twentieth in the overall standings, with 9 points. The next Moto3 round will be the French GP, held at Le Mans from May 17– 19th.

#17 John McPhee
“So far, we haven’t been getting the results we wanted this season. We suffered again today, but in a totally different area to where we had focused this weekend. At the start I was able to fight and overtake riders, but on lap seven I noticed something strange with the rear on the back straight after passing another rider on the last corner. Maybe it was a puncture, but I don’t really know what happened. I continued riding and after around five laps I got back to the pace I had before. However, by then I had lost contact with the leading group and had to battle with the riders in the second group. The positive thing is that when I felt good I was able to ride more aggressively. I was able to overtake riders on the brakes and get in the fight, which I hadn’t been able to do up until now. There is still work to be done, but we are going in the right direction.”