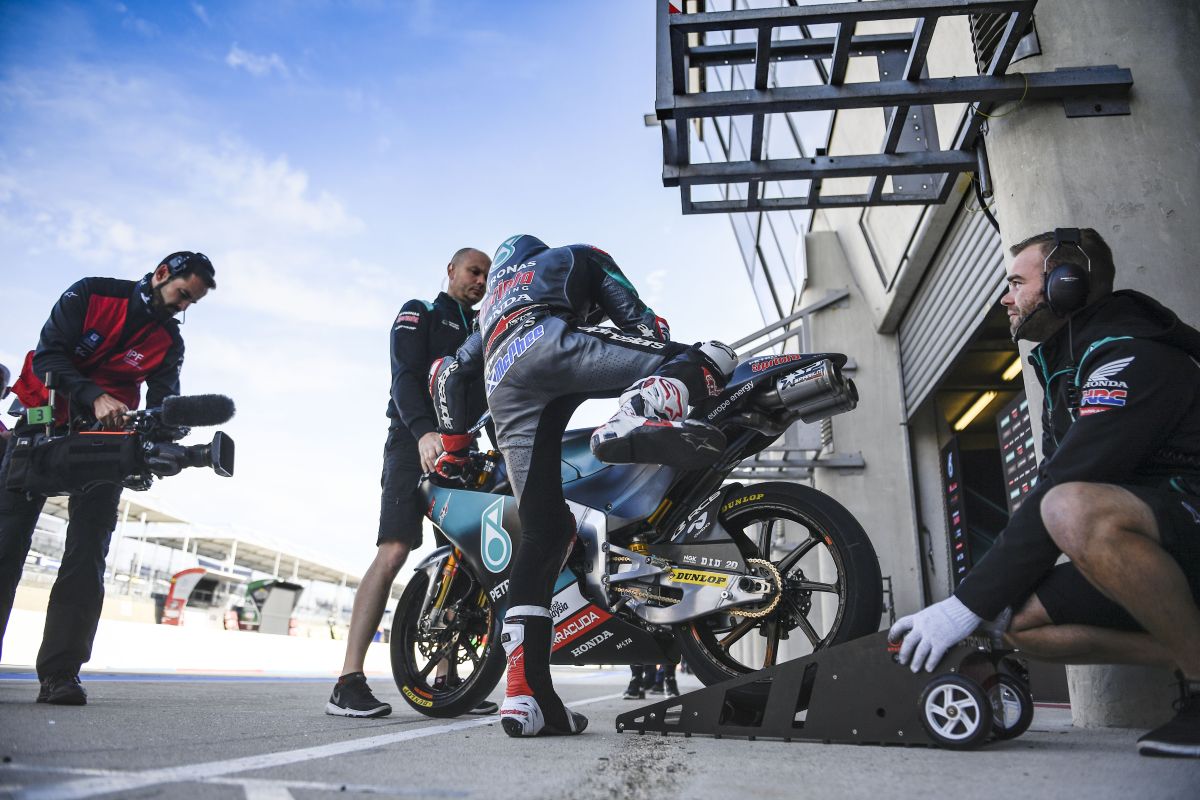 The first day of the French Grand Prix proved to be a tough one for PETRONAS Sprinta Racing’s John McPhee and teammate Ayumu Sasaki. Both riders ended the day outside the provisional qualification for Q2, with the 20th fastest combined time for John.

In the morning Moto3 session at Le Mans, John finished in 13th position with a time of 1min 43.643secs after suffering a small crash at Turn 3 in the final minute. The Briton had focused his work in this session on adjustments to the front end of his bike.

John came out for FP2 determined to set quicker times and claim a provisional place in Q2, aware that rain could fall on Saturday and make improvement impossible.

John took over half a second off his morning best time and led the way early in the session. The PETRONAS Sprinta Racing rider remained in the upper half of the timesheets when he suffered his second crash of the day -this time at Turn 9 with four minutes remaining. He finished 20th with a 1min 43.084secs lap.

#17 John McPhee
“The positive side from today is that we tried different things out and we have learned from them. We are working hard on the front end and I think we can take a good step forward tomorrow. That said, it’s been a difficult day. In FP1 I crashed and in FP2 I made a mistake, went straight on and fell when I reached the gravel. It was a shame, because it was the only moment of the session in which we had new tyres on the bike. Obviously they were dirty from then on, and I only had two laps to set a good lap time. We will have to improve in a few areas tomorrow, but we have to take the weather into account as if it rains it will be difficult to improve our times.”