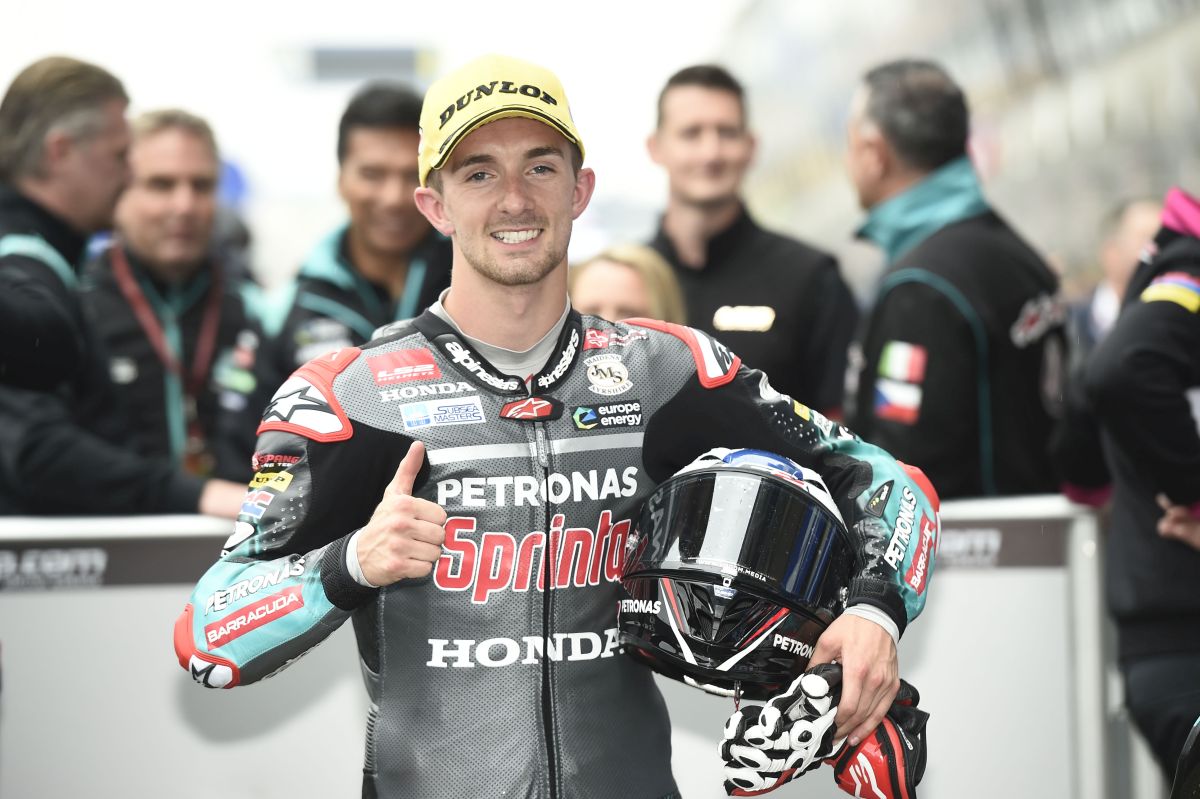 PETRONAS Sprinta Racing’s John McPhee scored an historic Moto3 pole position today at Le Mans, defying the changeable weather conditions and bouncing back after a difficult start to his weekend.

John had not made the initial cut for Q2, however secured his place through being fastest in Q1. By then setting the fastest Q2 lap, John not only achieved his first pole for PETRONAS Sprinta Racing – and his fifth career pole – but also became the first rider in Moto3 history to take pole after going through Q1.

Rain made an appearance early on Saturday morning, preventing an improvement on lap times from Friday. Knowing that both would both participate in Q1, John and teammate Sasaki dedicated the third Free Practice session to further preparation on setup as well as working on race pace. McPhee finished FP3 in 12th position with a 1min 54.152secs time, while Sasaki was 18th with a 1min 54.592secs.

Q1 was also affected by damp conditions on track, so the riders waited until the final minutes to use slicks. John clocked the fastest time on his final attempt, with a 1min 43.994secs seeing him through to Q2 for the fifth occasion in as many rounds.

Minutes later, John continued his speedy form to also top the timesheets in Q2. On his penultimate lap, he set a 1min 42.277secs for his fifth career pole – his first as a PETRONAS Sprinta Racing rider.

The 22-lap French GP takes place on Sunday at 11am local time.

#17 John McPhee
“I can’t explain what it means to have taken pole position here! I’m very happy for both myself and for the team, because we had not been getting the results we wanted. We worked very hard and in the end we have achieved what we had been looking for. We had difficult conditions yesterday and didn’t have a good day; I made a couple of mistakes that forced us to go through Q1. In the first qualifying session I found more speed, I felt good, the bike worked better to secure a place in Q2, where I could clock a fast time and get the pole position. I feel strong in any conditions, whether dry or wet so I think there will be a great battle tomorrow; we don’t know what the weather will be like, but I feel good.”