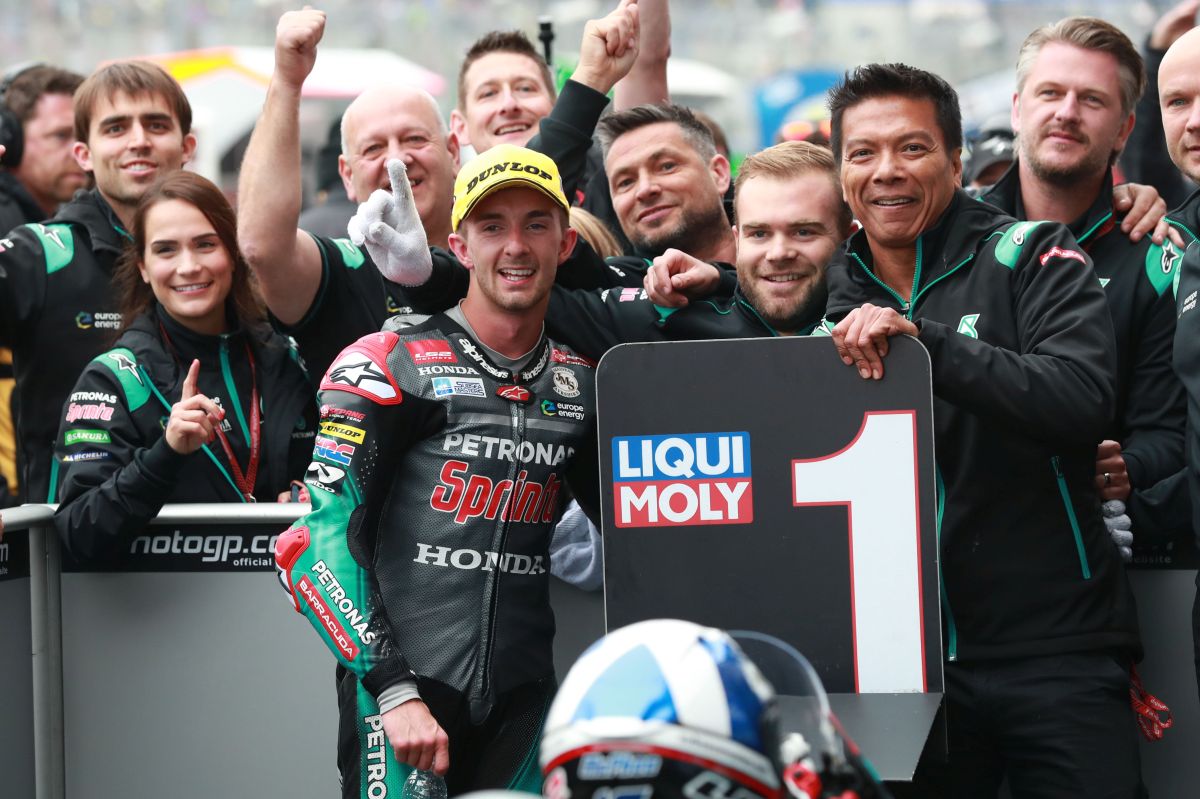 The French Grand Prix saw an historic Moto3 triumph for PETRONAS Sprinta Racing and John McPhee on Sunday morning, as the Brit opened the team’s World Championship win account with a spectacular victory. He held off a series of rival riders on the final lap to take the chequered flag first.

John rode a measured start to the race having opted for a medium front tyre and a soft rear, with the plan to mount an attack from the halfway mark. The plan came to fruition with a strong movement back up the order, re-taking the lead with seven laps to go.

John remained in the top three thereafter and crossed the finish line first to score his second Grand Prix victory – and his team’s first. McPhee is now ninth in the overall standings, with 34 points.

The next round will be the Italian GP, at Mugello from May 31st to June 2nd.

#17 John McPhee
“I can’t explain my feelings right now. I’m very excited. It has been a long time since I won and throughout the season we have suffered a lot. Transforming speed into results has been difficult, and finally we managed to achieve it yesterday by taking pole position. I have to thank the team because they have given me a lot of support. We have experienced hard weekends and we have been able to change the situation. My last victory was at Brno in the wet, so it’s amazing to also have a win in the dry. It’s my first victory of the season, but there is still a lot of time in which to take the season where we want it.
Looking back at the first four races, I have kept calm and have continued to believe in myself. The speed has always been there and in each session we’ve shown a good pace thanks to the work by the team. It’s good that we’ve taken this good result that takes us into the top ten of the World Championship, but there is still a long way to go. Things are very even in this series and each rider pushes 100%. There have been ten different winners in the last ten races and that shows that Moto3 is a tough class. There are circuits at which I am normally not fast but at which I have done well, like for example Le Mans. It’s a good result for me ahead of the coming races.”