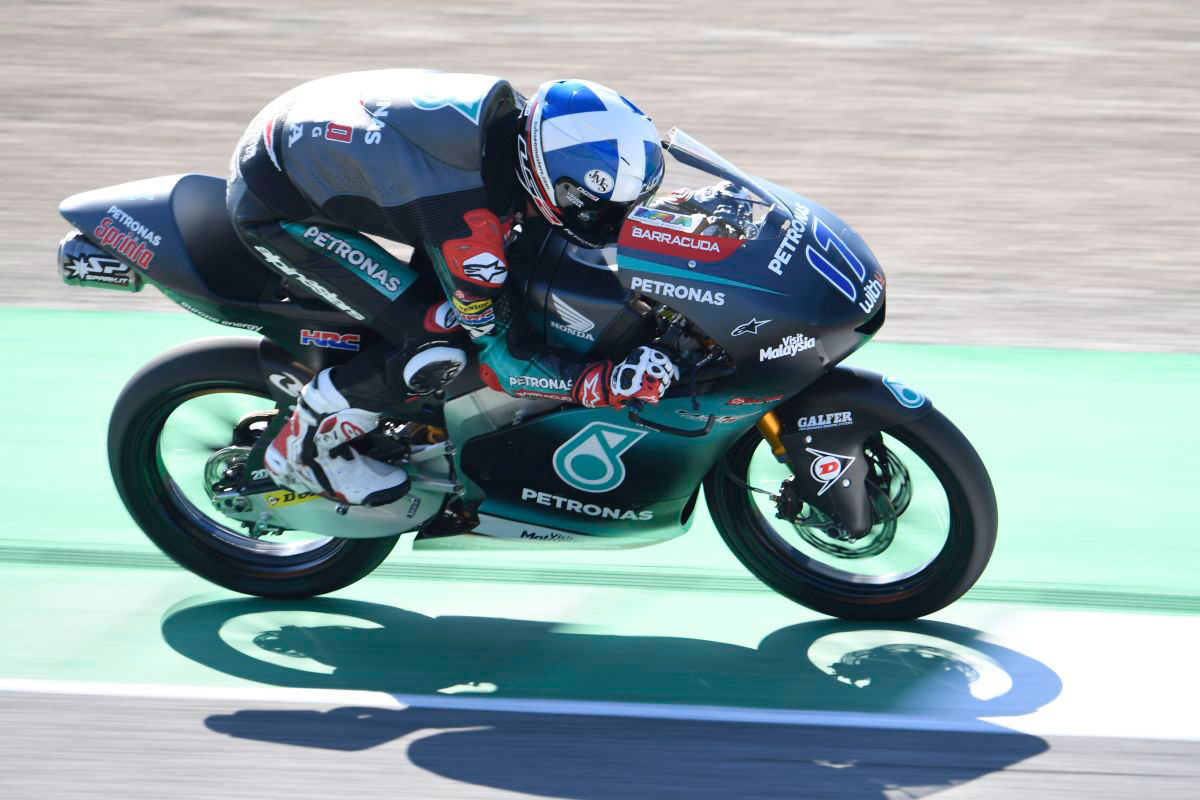 PETRONAS Sprinta Racing riders John McPhee and teammate Ayumu Sasaki had a difficult Saturday at Mugello with Sasaki being narrowly pipped to a place in Q2 and McPhee only taking 18th in that session.

John, the poleman at Le Mans last time out, was unlucky in qualifying for the Italian GP. The Briton took part in Q2 for the sixth time this season and opted for a single-stint strategy. Unfortunately, circumstances conspired against him, meaning he was only able to complete one flying lap. His time of 1min 58.122secs left him in 18th, on the sixth row of the grid.

Previously, McPhee had outlined his potential by setting the fifth fastest time of FP3 with a 1min 56.787secs, while Sasaki also improved on his Friday best, with a 1min 57.697secs lap.

The 20-lap Moto3 race will take place at 11am local time on Sunday at Mugello.

#17 John McPhee
“It’s not been the day that we had been hoping for. I had been in the top five all weekend and it was difficult to choose the correct strategy for qualifying, but I only had one set of tyres to use in the session and I had to be smart when picking the time to go out. That was the reason why I only did one run at the end of qualifying. When I left the pits there were six minutes left. I tried to ride alone, but on two laps I had another rider in my way, so I was never able show my true potential. Despite this, I feel confident about the race tomorrow and strong on the bike. It’s not the best position to be starting from, but we know that there will be a large group in the race here and I would like to fight to be at the front. I feel that I have the necessary pace to get there and that I can do it on the opening laps of the race. The main objective is to have a successful start and first lap.”