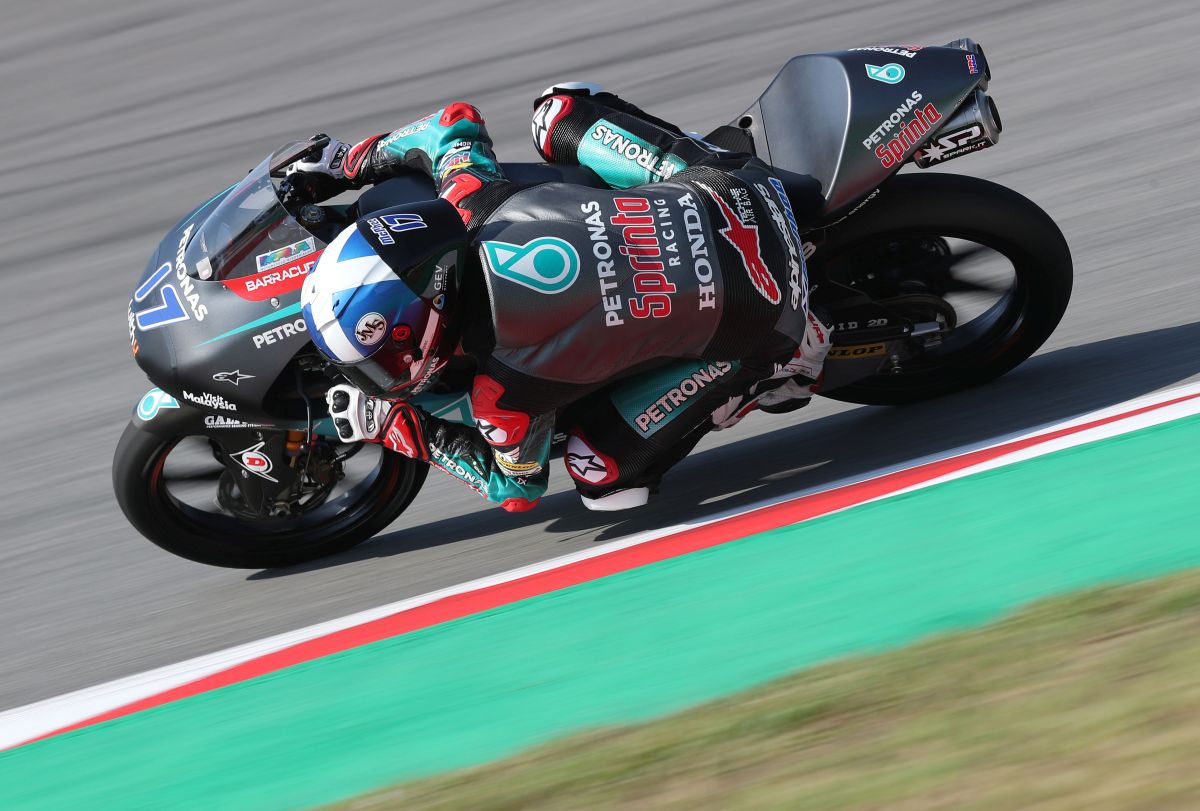 PETRONAS Sprinta Racing’s John McPhee clocked the tenth best time in Saturday’s qualifying session for the Catalan GP and will start the race from the fourth row of the grid. Moto3 team-mate Ayumu Sasaki did not make it out of Q1, and will take off from 23rd.

John set a fastest lap of 1min 49.454secs in Q2. The British rider opted for a two-stint strategy, but did not manage to improve his time on his second run, and will thus start from the fourth row at the Barcelona-Catalunya Circuit.

In FP3, John put in the 14th fastest time of 1min 48.975secs, going directly into Q2 for the fifth occasion in seven races this season.

#17 John McPhee
“It was a difficult qualifying session – and a difficult day overall. My speed isn’t bad, especially on long runs, but I’m struggling when looking for a fast lap; qualifying has been the hardest session of the entire weekend. Finishing 10th is ok, but our goal was to be on one of the first three rows. We are a little behind where we would like to be, but the race is tomorrow and my strong point this weekend has been my race pace. Hopefully we can get a good start and we can be in the fight. My fast laps aren’t fantastic, but I think that battling in a big group I can be strong. I think we’ll have a good fight tomorrow.”