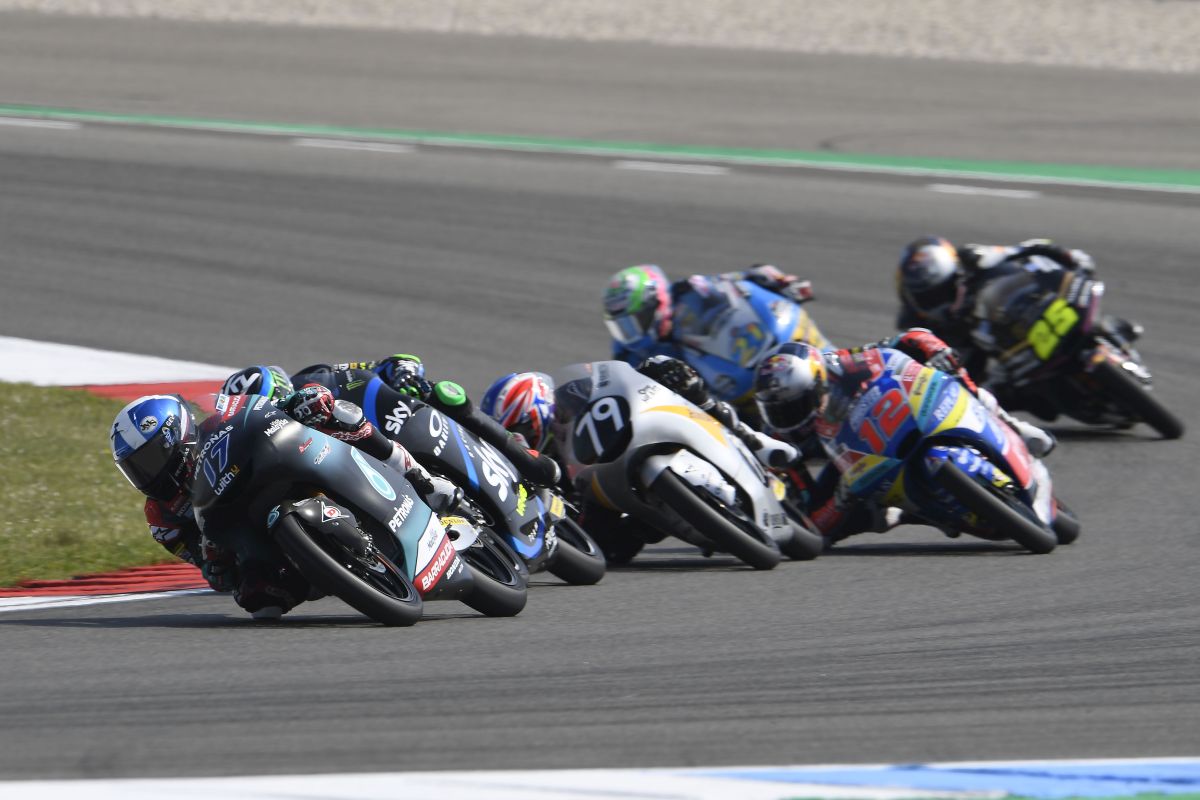 PETRONAS Sprinta Racing’s John McPhee had an excellent raceday at Assen today, finishing in fifth position after a great performance, despite starting from the seventh row of the grid.

Although he would take off from 20th place on the grid, John used his pace to steadily gain places, making up 15 before the chequered flag. He reached the leading group in the final part of the race, getting past several from that pack to claim his fifth place. John now occupies eighth in the standings of the World Championship with a total of 58 points.

The next event for PETRONAS Sprinta Racing will be the German GP, held next week at Sachsenring from July 5th to 7th.

#17 John McPhee
“That was one of the toughest races I’ve ever experienced. Throughout the weekend I had been able to set a good pace riding alone, but the crash in qualifying forced me to start from far back on the grid. The first laps were very crazy, with a lot of riders doing risky maneuvers. Reaching the front group was very difficult, but finishing in P5 is a great result that gains me some positions in the standings. I can’t wait to get to Sachsenring. Last year I got on the podium there, so I’m looking forward to the race.”