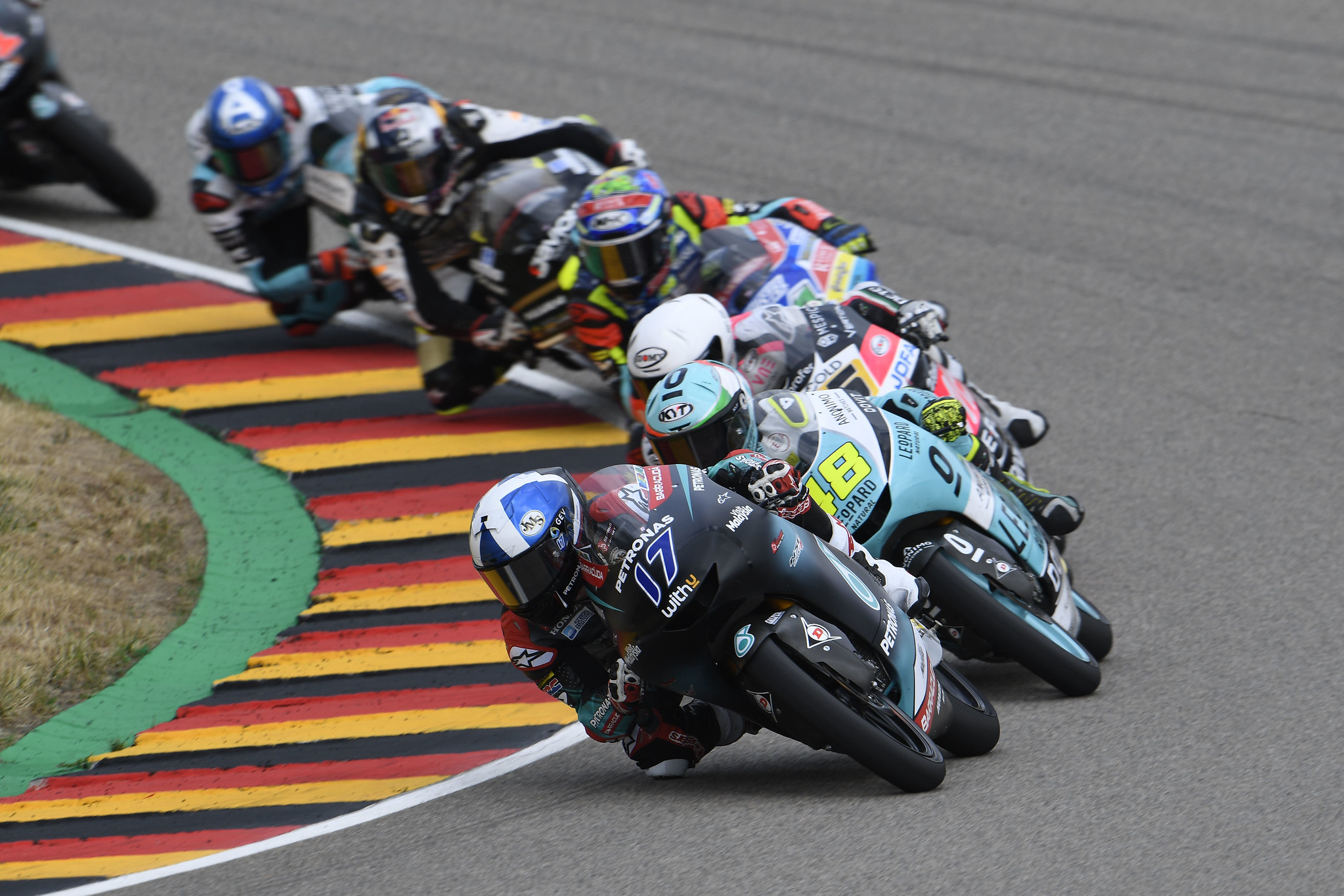 The PETRONAS Sprinta Racing duo of John McPhee and teammate Ayumu Sasaki go into the Moto3 championship’s summer break with two strong results to show for their efforts at the German Grand Prix, taking sixth and ninth respectively in tricky conditions at the Sachsenring.

Overnight rain meant that the track was much-changed from yesterday’s conditions, but John was nonetheless able convert to his tenth place on the grid into a strong start. Involved in the battle for the victory from beginning to end, he never dropped outside the top ten despite frantic position changes in the leading group.

Chopping and changing positions until the final laps, tyre degradation meant that John wasn’t quite able to put up a fight for the podium, but he takes valuable points into the summer break. Finishing sixth in the race, he now also sits sixth in the title race.

The next round of the 2019 Moto3 season takes place after their three-week summer break, kicking off again with the Czech Grand Prix at Brno on 2-4 August.

John McPhee
“It was an enjoyable race with a big battle, although the pace was quite slow as track conditions changed after the rain. We went for the hard tyre option for the first time this year and I didn’t really know when to expect its performance to drop off, and I struggled a little for speed at the end of the race. I could hold my own and put up a fight, but I just didn’t have the pace to stay at the front when it mattered. It was a typical Moto3 battle, and P6 in the race and in the championship is a great way to round off the first half of the season.”