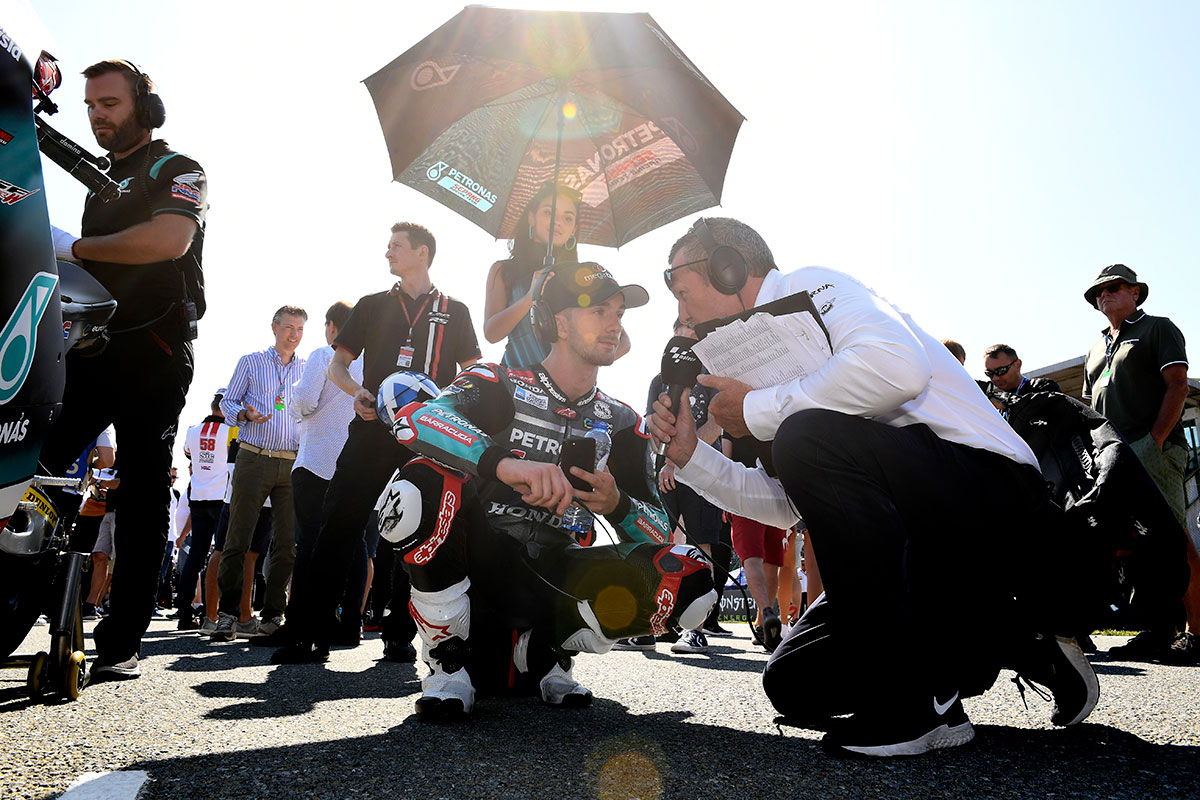 John McPhee was unable to convert his front-row start at Brno into a good result after an issue with his pit lane speed limiter as the lights went out meant he was unable to pull away. Making contact with another rider that both injured him and damaged his bike, he was forced to retire from the race. Undergoing precautionary X-rays afterwards due to pain in his left leg and ankle, he was passed fit to ride and will now rest and recuperate ahead of the next race.

The 2019 Moto3 season resumes in only five days time, as John and teammate Sasaki head to the Red Bull Ring for the Austrian Grand Prix. Track action there gets underway on Friday 9th August.

John McPhee
“I’m in a little bit of discomfort, but it’s not as bad as I first thought, because when the impact first happened I was almost certain I had broken something. I twisted my left ankle and knee and there’s some swelling that the medical team are going to monitor. I tried to switch on the launch control but it didn’t activate so I started the race without it, then the pit limiter activated when I hit 60kph. It was unfortunate, but it was lucky as well, and we need to investigate as to why it happened. Most importantly, no one was seriously hurt, and my goal now is to focus on being fully fit for next week.”