John gets off to a flying start in Austria 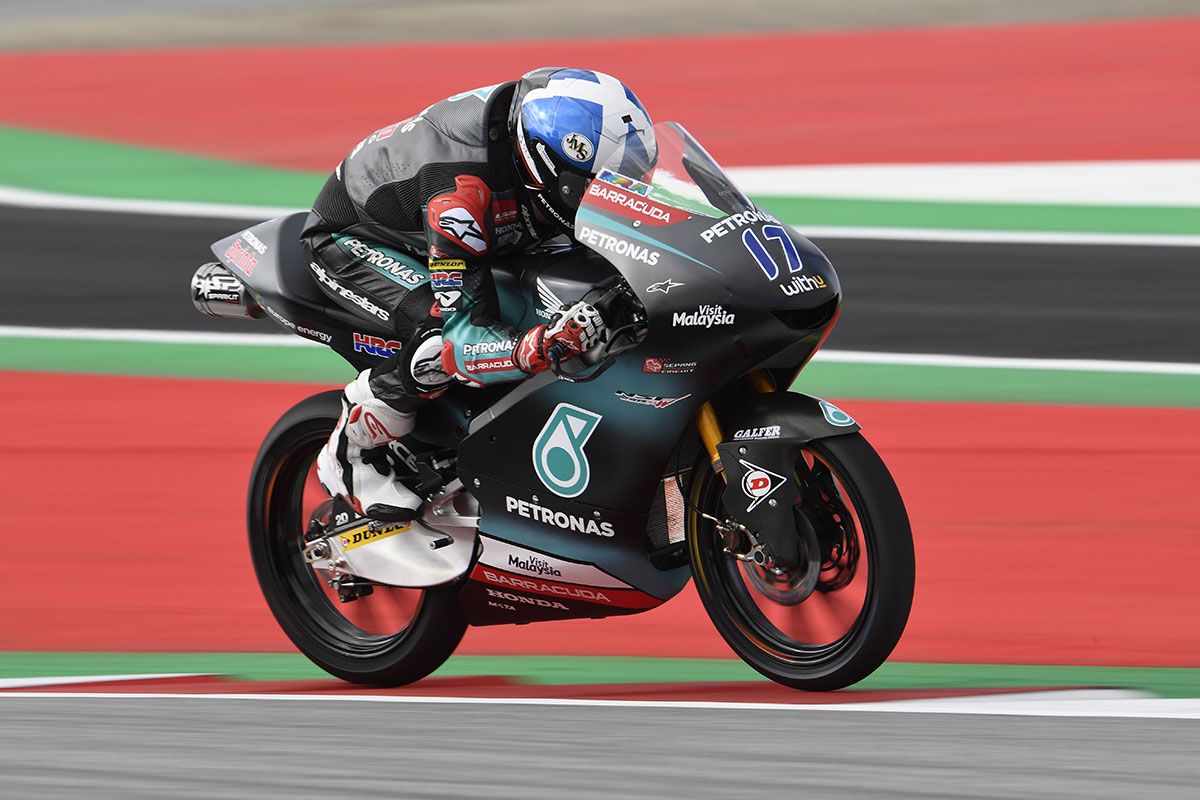 Putting his Czech Grand Prix injuries from only five days ago behind him, John was strong throughout the day, spending much of the two sessions threatening for the top spot, before just briefly getting pipped as the chequered flag came out. Consolidating his strong pace with second place, it also helps him secure a direct route to Q2 tomorrow.

The next Moto3 action at the Red Bull Ring kicks off tomorrow at 0900 local time, ahead of qualifying at 1235 local time and Sunday’s race at 1100 local time.

John McPhee
“It’s nice to be back riding again, because after last Sunday’s race I wasn’t sure how strong I could be here. I’ve been recovering well and I had a good FP1 session, but I banged my knee again on the kerb and it made me a little nervous. Instead of pushing too hard, I tried to concentrate on making sure the bike was right and saved myself for the afternoon. In FP2 I was consistently fast on my own. I was quick enough to go to Q2 on a hard tyre as well as the soft, which is a positive. We just have a couple of small things to improve with the bike to be even faster tomorrow.”