Third place on the grid for Austrian GP for John McPhee 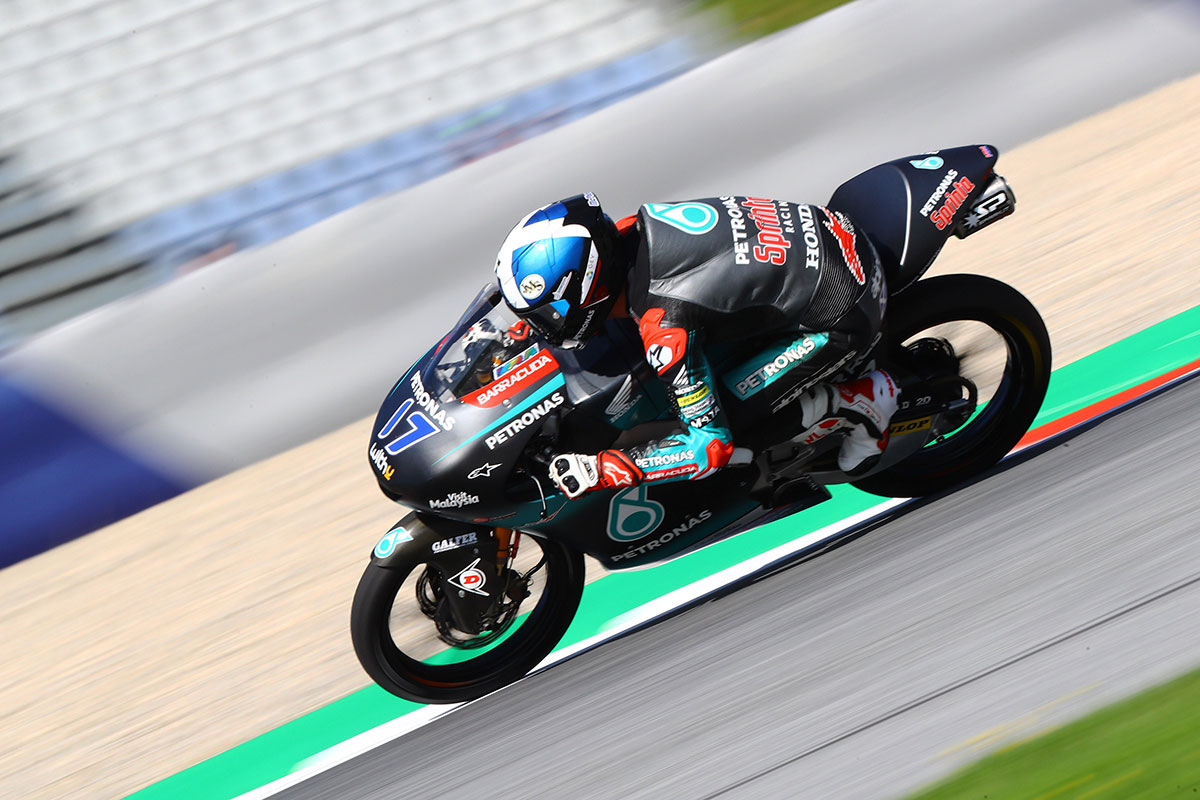 Looking completely in control all weekend despite still carrying a left knee and ankle injury from last weekend’s Czech Grand Prix, McPhee was able to set his time on his own in Q2. Showing his confidence by abandoning the pack despite the Spielberg circuit being famed for slipstreaming, his time was good enough to come home fourth, although his team-mate’s penalty will bump him up the starting order to third.

John McPhee
“I’m really happy because we’ve been strong in practice and in qualifying. I’ve been able to do lap times with both soft and rear tyres, which is always a sign that we’re in a good position, and I was able to do the lap time alone as well. I knew it was possible for me to make a good job alone, and while everyone else was waiting on each other I went. We definitely lost a lot of lap time not getting a slipstream, but I showed that I’m strong enough to run with the leaders tomorrow. Ultimately, starting from the front row is a job well done and now we can focus on the race. I know I’ve got a good rhythm and I’ll try and keep that going at the front – but if a few of us could break away at the front I’d be happy about it.”