John takes to the podium in thrilling Austrian GP 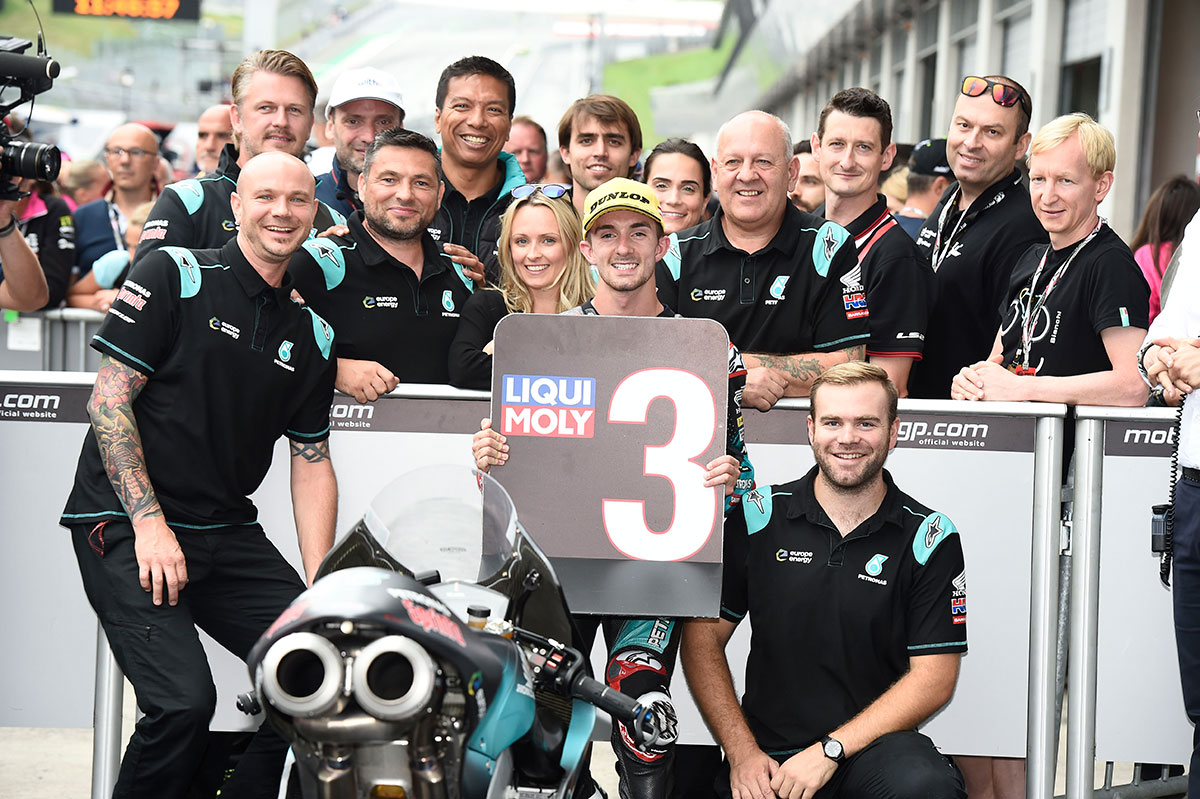 PETRONAS Sprinta Racing rider John McPhee has secured his second Moto3 podium of the year at the Austrian Grand Prix, after a measured ride at the Red Bull Ring to secure third place by a mere 0.008secs.

John started the race from pole position after a series of riders were penalised following yesterday’s qualifying session, and was able to make a break along with two other riders as soon as the lights went out. In the podium battle for the entire 23 laps, despite mixed conditions, John set himself up for third by setting the fastest lap of the race on the final lap to win the slipstream battle over the line and take the spot by a mere 0.008secs.

John and teammate Sasaki will return to action in two weeks’ time when they head to Silverstone for the British Grand Prix, with practice commencing on Friday 23rd August before the race on Sunday 25th August.

John McPhee
“It was tough at the end, because I was almost a little too comfortable at the start when we stretched out the lead to four seconds. I just wasn’t able to chase down Romano [Fenati] as he was escaping, and I could see the guys closing me down from behind as well. I knew that my only hope on the last lap was to get a good exit out of the last corner and get the drive, and that’s exactly what I did. I was actually a little disappointed on the slowing down lap because I didn’t realise until I entered pit lane that I was third! We’ve worked hard for the last few races and it was nice to be able to reward the team with a podium.”