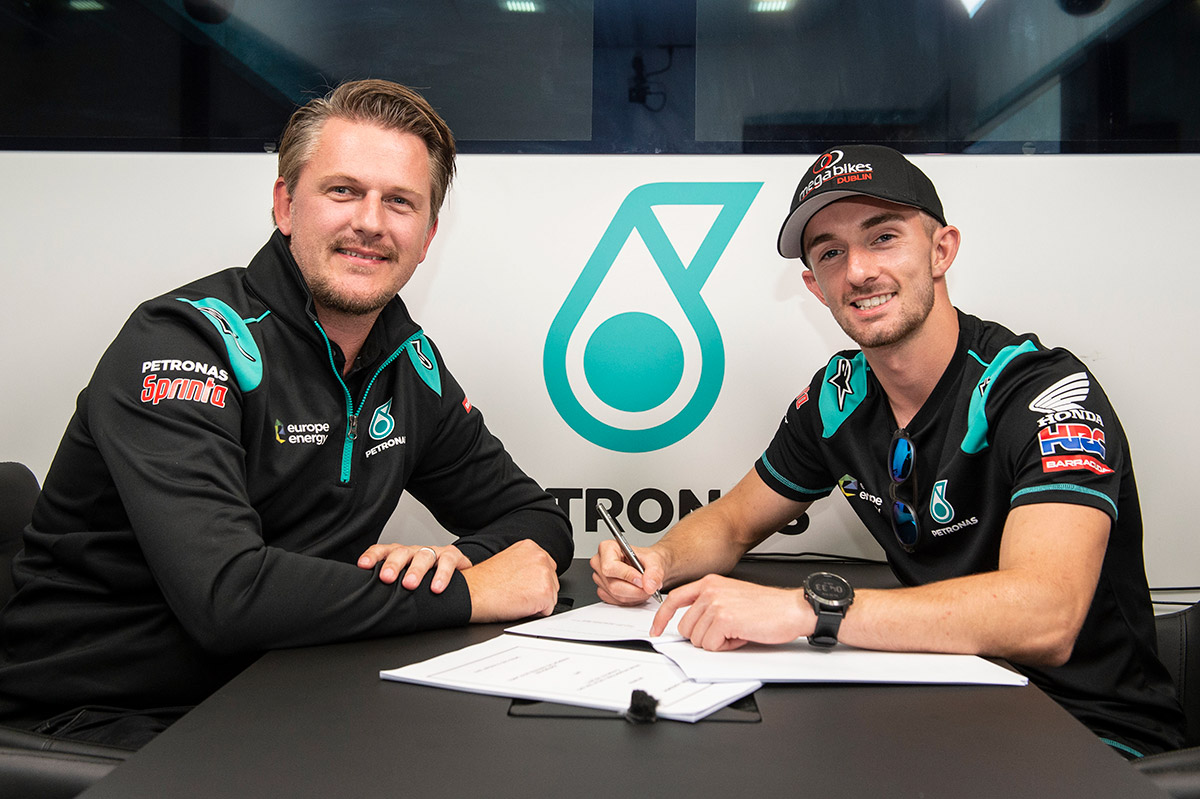 John McPhee will remain with PETRONAS Sprinta Racing for 2020, extending his time with the team to once again line up in the Moto3 World Championship next year. The 25-year-old put pen to paper today at Silverstone ahead of his home race this weekend at the British Grand Prix.

A consistent front row qualifier and podium challenger in recent rounds of the championship, finishing third last time out at the Austrian Grand Prix, John has had a dream start to his time with PETRONAS Sprinta Racing. Aiming to use his highly successful first season with the team as a base to build on for 2020, he’ll start his second year with the squad as one of the sure-fire Moto3 title favourites.

John McPhee
“It’s a fantastic feeling and I’m very grateful to have another great opportunity to work with such a great team. It’s an honour to be a part of the family for another year. I have a job to finish between now and the end of the season and my focus will be on that, but I’m also very excited for the future too. It’s the first time in my career that I’ve had continuity and it’s great for the team, for me and for the results. When things work as well as they are right now, it’s invaluable – you can’t even explain how important it is for a rider. To have the chance to start a second season with that feeling already there can only make us stronger. I need to have a massive thank you to Razlan, to Johan and to PETRONAS and all our partners for putting their confidence in me.”