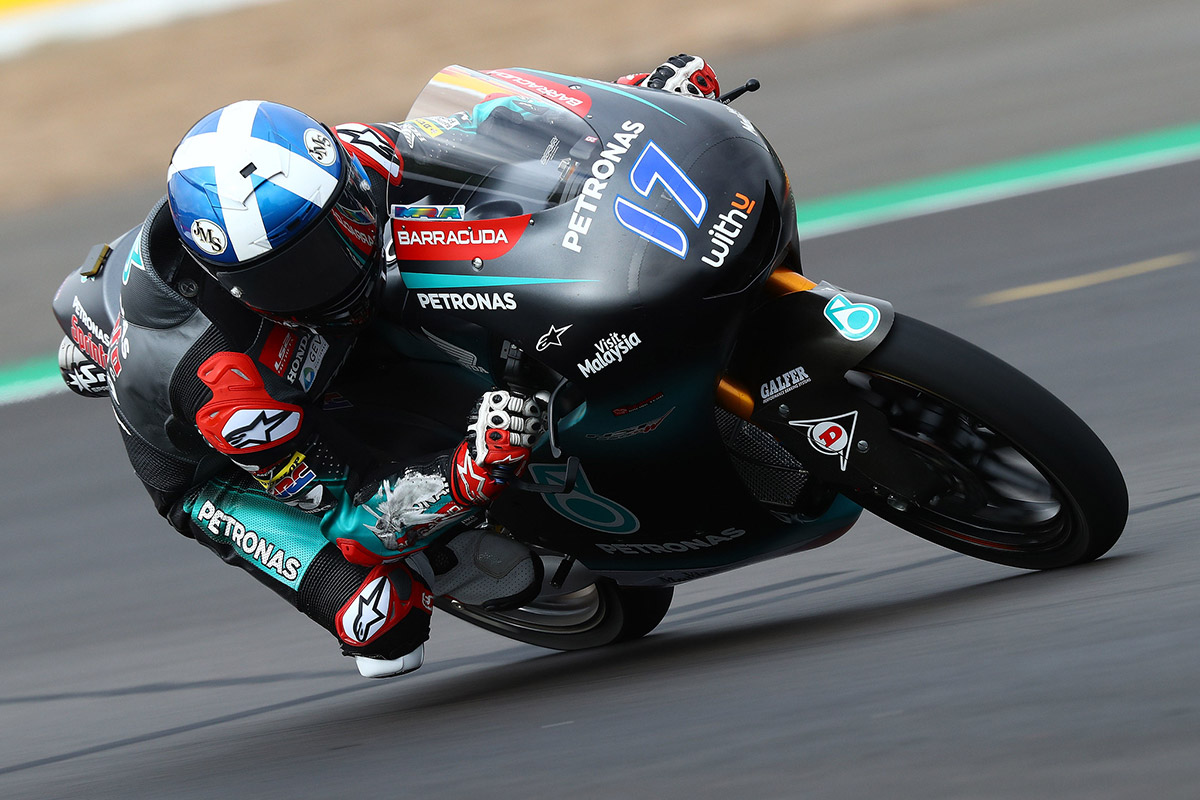 PETRONAS Sprinta Racing Moto3 riders Ayumu Sasaki and John McPhee will both line up on the second row for tomorrow’s British Grand Prix, after finishing Moto3 qualifying at Silverstone in fourth and sixth respectively. Securing their places alongside each other and showing strong pace, the pair are confident that they can convert good grid spots into even better finishing positions.

John is going into his home race pleased about his potential, showing quick race pace throughout practice but also able to set a time in qualifying fast enough to join his team-mate on the second row. Keen to get clear track and one of the first riders to set a time in Q2, he knows that his real strengths will show in tomorrow’s race and is raring to get going in front of his home crowd.

Tomorrow’s 17-lap race at Silverstone will start at 1120 local time.

John McPhee
“I’m happy with the result because my race pace has been really strong all weekend but with so many long straights it can be difficult to set one flying lap at Silverstone. Going out with only one other rider was always going to be a risky strategy, but it ended up being enough for the second row and that was the target. I feel like I can be really fast in the race but I had to be in the top six in qualifying, so now we’ve ticked that box, we can concentrate on tomorrow. Even though a few people have really good pace, it’ll be hard to break away from the group and we’re going to have a typical Moto3 fight.”