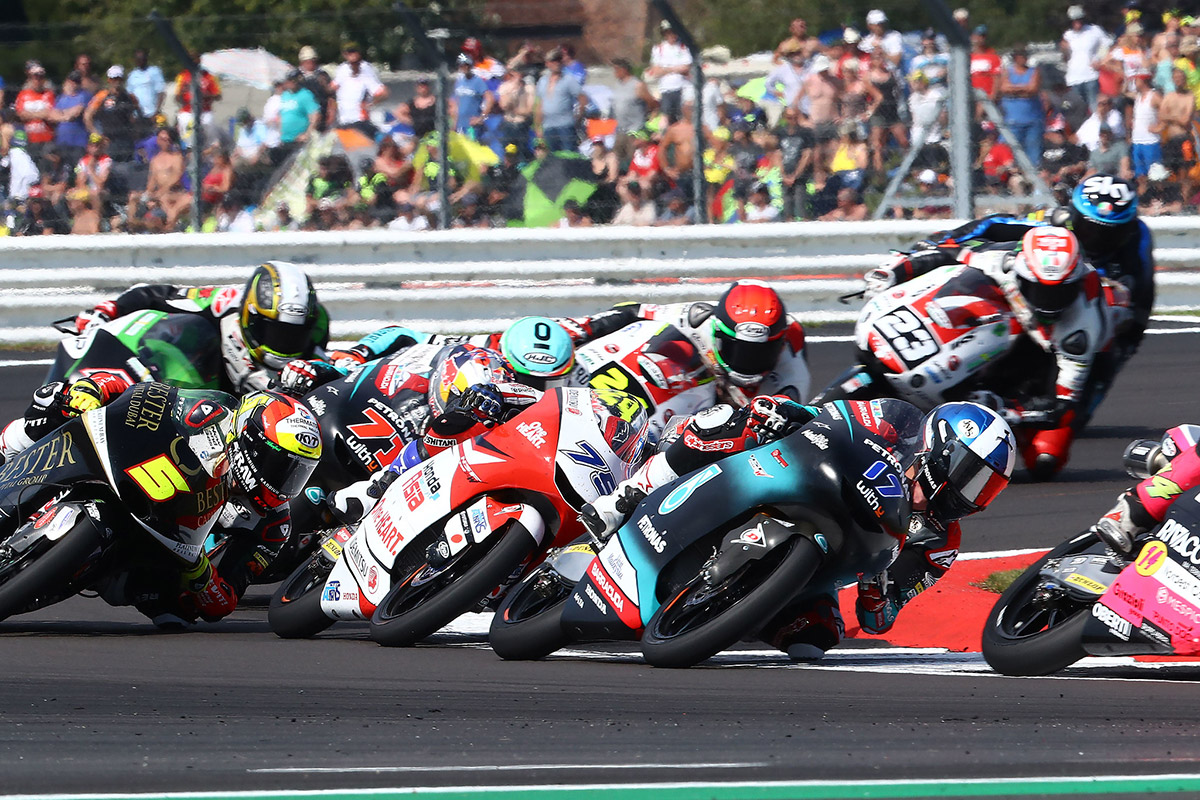 John ended the race with mixed emotions after a small mistake on the penultimate lap just cost him the chance to battle for victory at his home race. Taking a gamble with his tyre choice and going for the softer rear option, he out-braked himself slightly while defending his position and was left unable to close down the leaders again. Taking seventh, right behind his team-mate, he’s nonetheless leaving Silverstone happy with his performance and looking forward to the next round of the championship.

The next event of the 2019 Moto3 championship gets underway at the Misano World Circuit Marco Simoncelli on September 13th, with race day at the San Marino Grand Prix on Sunday September 15th.

John McPhee
“It was a typical Moto3 battle. I did everything I needed to do in the early laps because I was on a soft rear tyre and most of the guys around me were on the hard, and I tried hard to manage it. In the final laps, some of them were able to break a lot harder than me and I was trying to be defensive and out-braked myself. It was totally my mistake and I just couldn’t get back into the leading group afterwards. The team have worked fantastically this weekend, the bike has been perfect, and it’s just a shame we didn’t get a better result in the end. It’s another race where we’ve been in the fight for the win though, and we’re learning every time we get on the bike.”