John fights his way to superb second in Misano 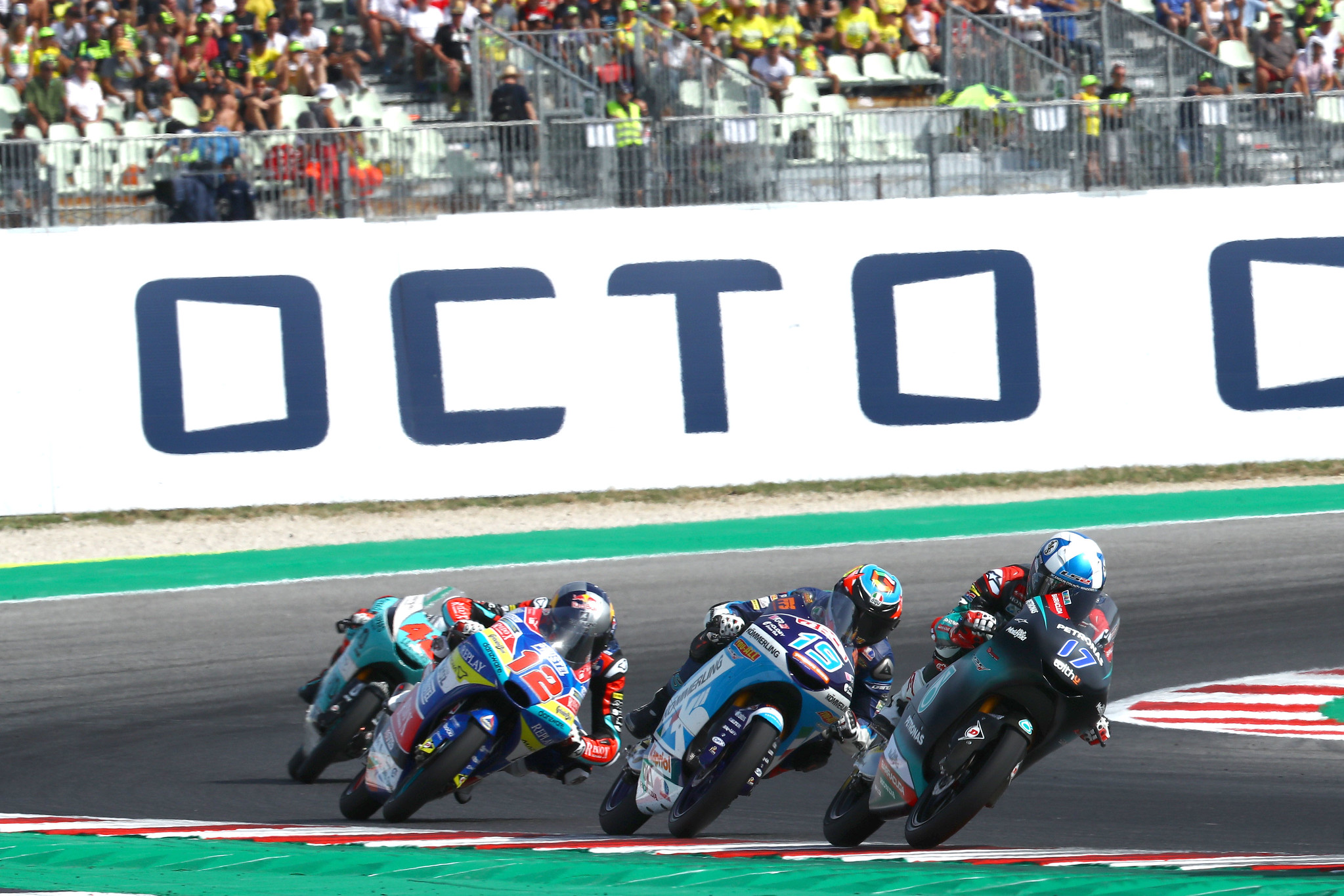 Starting from 14th and forced to take avoiding action not once but twice as other riders fell in the low-grip conditions at Misano, John had to pick his way through the field from 18th to the podium. Showing incredible race pace, he was able to close down the leading group to leave himself in a perfect position to capitalise in the frenetic final laps, getting involved in the battle for the podium before finally setting up a last lap overtake for second place.

Moto3 returns to action next weekend at the Gran Premio de Aragon, with practice starting on Friday 20th September and race day at Motorland Aragon on Sunday 22nd.

John McPhee
“It was an interesting race. I had good pace all weekend, but I left myself with a lot of work to do after a crash in qualifying. I made a plan for the start, but it didn’t go right from the first corner – I wanted to make up as many positions as possible, but I got caught up in someone’s crash and found myself in P16. I worked hard and made my way to the top ten, but someone else crashed and the next thing I knew I was back in P18 again! It was difficult to make my way through the pack, but I had the rhythm to be fast and I just needed to pick them off one at a time. Being able to bridge the gap to the leading group was the most satisfying part of the race, but it also meant that I had to settle myself again after doing it. Third was possible, but when I saw a crash in front of me on the last lap I knew I could go one better. There was a chance of the win, but with four corners to go I made a pass for second that was on the limit, and it just left me a little bit too far back to have a go. I owe a huge thanks to the team for giving me a great bike today and I can’t wait for next weekend!”