John fights to an excellent fourth in Aragon 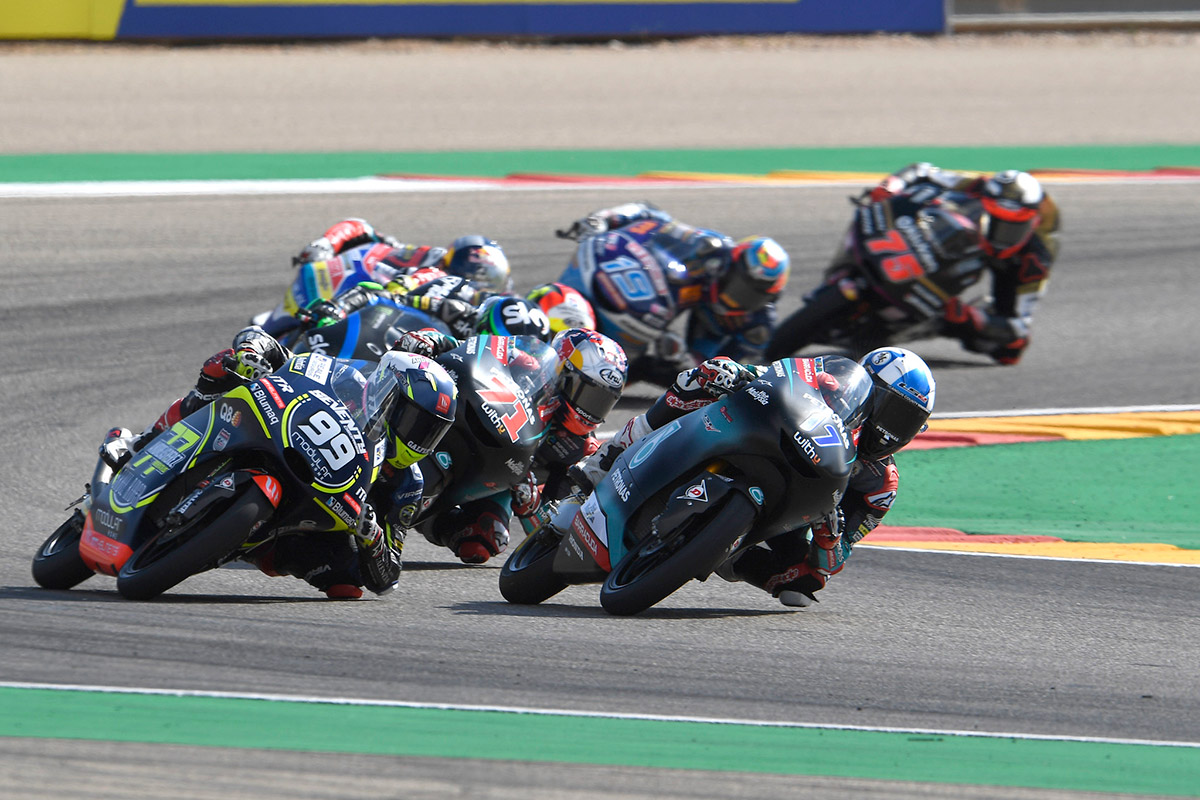 PETRONAS Sprinta Racing’s John McPhee missed out on his fourth podium of the 2019 Moto3 season at MotorLand Aragon by a mere 0.06secs, coming home in fourth place but moving up to fourth in the World Championship after a brilliant battle.

John rode a strong race despite a typically frenetic Moto3 fight, rallying back after contact with another rider demoted him back to tenth to get stuck into the podium battle on the last lap. Only just missing out on the chance for consecutive podiums after success last week at Misano, he leaves Aragon happy after leapfrogging up from sixth to fourth in the championship thanks to today’s result.

The 2019 Moto3 World Championship continues in two weeks’ time at the Thai Grand Prix, with action getting underway at the Chang International Circuit on Friday 4th October, ahead of race day on Sunday 6th October.

John McPhee
4th (+4.729)
“I did everything I could, but it was a typical Moto3 battle. When I saw Canet make the break I knew I could go with him – but it was so hard to get away from the chasing pack. I felt really comfortable in the group until another rider ran into me and before I knew it about six of them were past! It was game-on after that, trying to bring the gap back, and I threw absolutely everything I could at it. With ten laps to go, I lost my left knee slider too – which is almost like losing your third wheel! In a few corners, I really had to change my riding style, but it only held me back a little bit and it wasn’t what cost me a podium. It was a shame not to get on the podium, but I’m happy with the result, especially as we’re up to fourth in the championship.”