John DNF after being taken out in Thailand GP 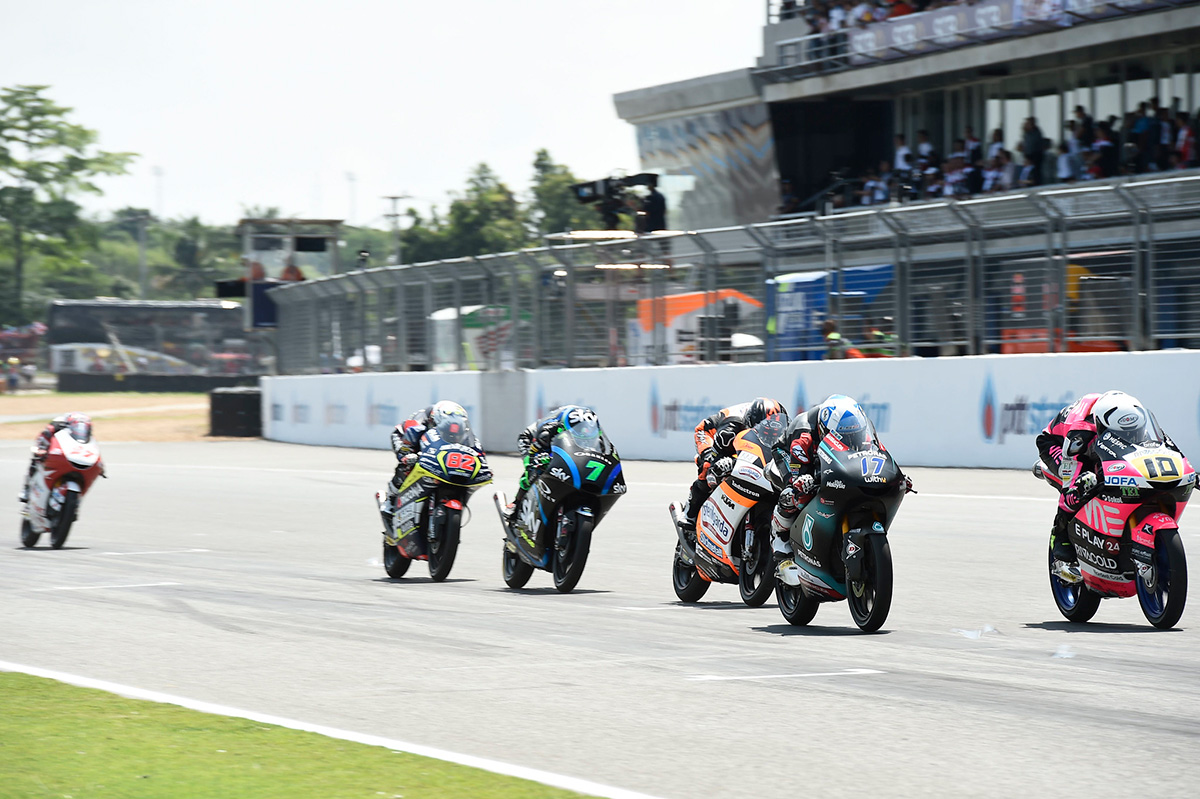 The Thailand Grand Prix has ended in heartbreak for both John McPhee and teammate Ayumu Sasaki after both PETRONAS Sprinta Racing Moto3 riders failed to finish at the Buriram International Circuit. Both looked strong in Sunday’s race, however John was the victim of another rider’s aggressive error.

John made a strong start from P13 on the grid and immediately got stuck into the fight for the podium, running in fifth on lap seven when another rider struck him and two others and caused them to fall from the race. Conceding fourth place in the championship after being left unable to score points, John was still keen to focus on the positives after another strong weekend with PETRONAS Sprinta Racing despite the outcome. The rider who caused his crash was subsequently penalised by race direction.

McPhee and Sasaki will return to Moto3 action at the Grand Prix of Japan on 20th October, with practice getting underway at the Twin Ring Motegi on 18th October.

John McPhee
“I want to focus on the positive things about the race, and I felt really strong, the bike was fast, I could brake late and I could fight. It was another great weekend for us up to the race, and it proves that our base setting is working. My focus for the first 75% of the race was to stay out of trouble, but unfortunately, I got hit from behind by another rider and there was nothing I could do to avoid it. We’ll keep focusing on how strong we were and look forward to the next race.”