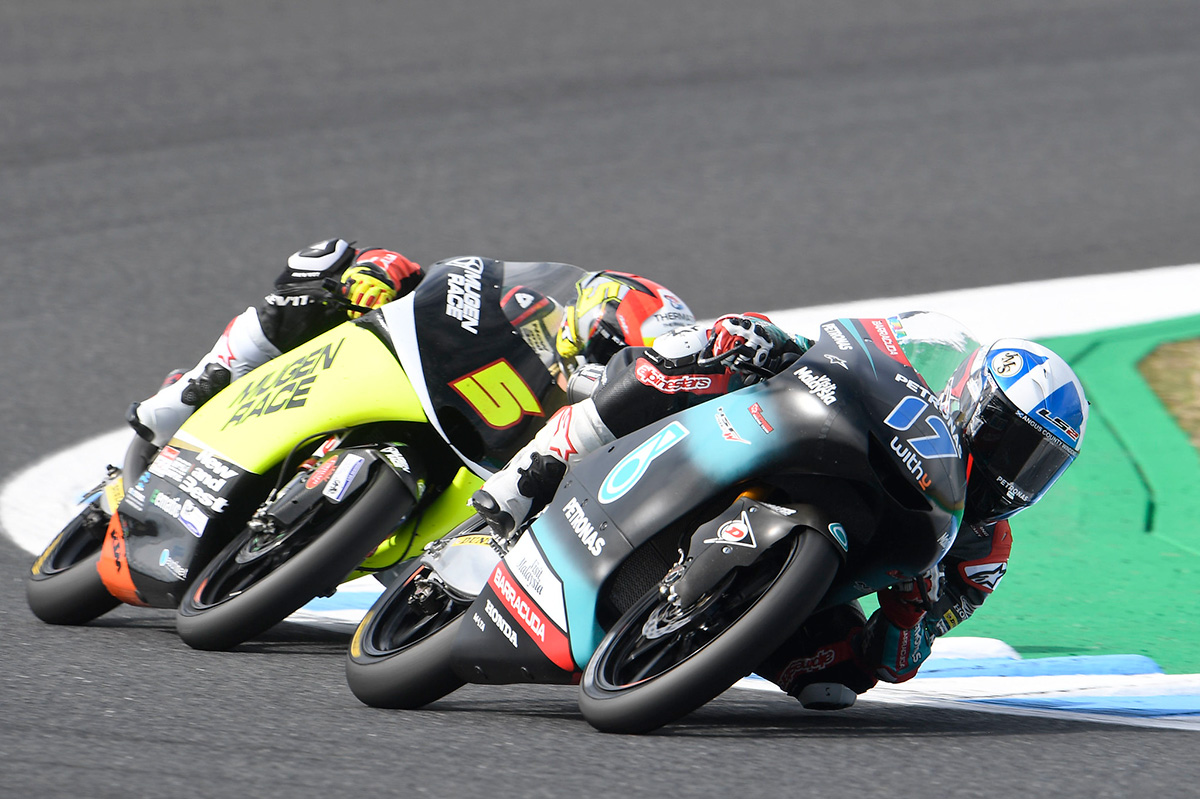 John McPhee and teammate Ayumu Sasaki had a solid finish to their Japanese Grand Prix weekend for PETRONAS Sprinta Racing, coming home in today’s race at the Twin Ring Motegi in sixth and 13th respectively to help consolidate their positions in the 2019 Moto3 World Championship standings.

John was quick to get stuck into the fight for the win in the opening minutes of the 20-lap race, running as high as fifth as he diced with the leading group. On lap 14, he was unlucky to lose out when another rider crashed out in front of him, meaning he dropped off from the lead pack.

Riding alone for the final six laps to finish sixth, 3.648secs behind the winner, he scored ten valuable points to close down the gap to third in the championship.

The Moto3 World Championship continues next weekend in Australia at Phillip Island. Action gets underway on Friday 25th October ahead of Sunday 27th October’s race.

John McPhee
“I was digging deep trying to catch the front group, but just losing out a little bit on the first part of the lap where I didn’t have a slipstream. I would close in on the pack ahead, then lose out again for the majority of the race. I dug deep after [Aron] Canet crashed in front of me and looking at my lap times after the race, I was matching the leaders’ pace – but I just couldn’t go one better and catch them. The main thing for me today is that a lot of the guys around me in the championship battle were either behind me or didn’t finish, so it was a race of damage limitation and the overall top three is still the target for us.”