John lines up for second row start at Phillip Island 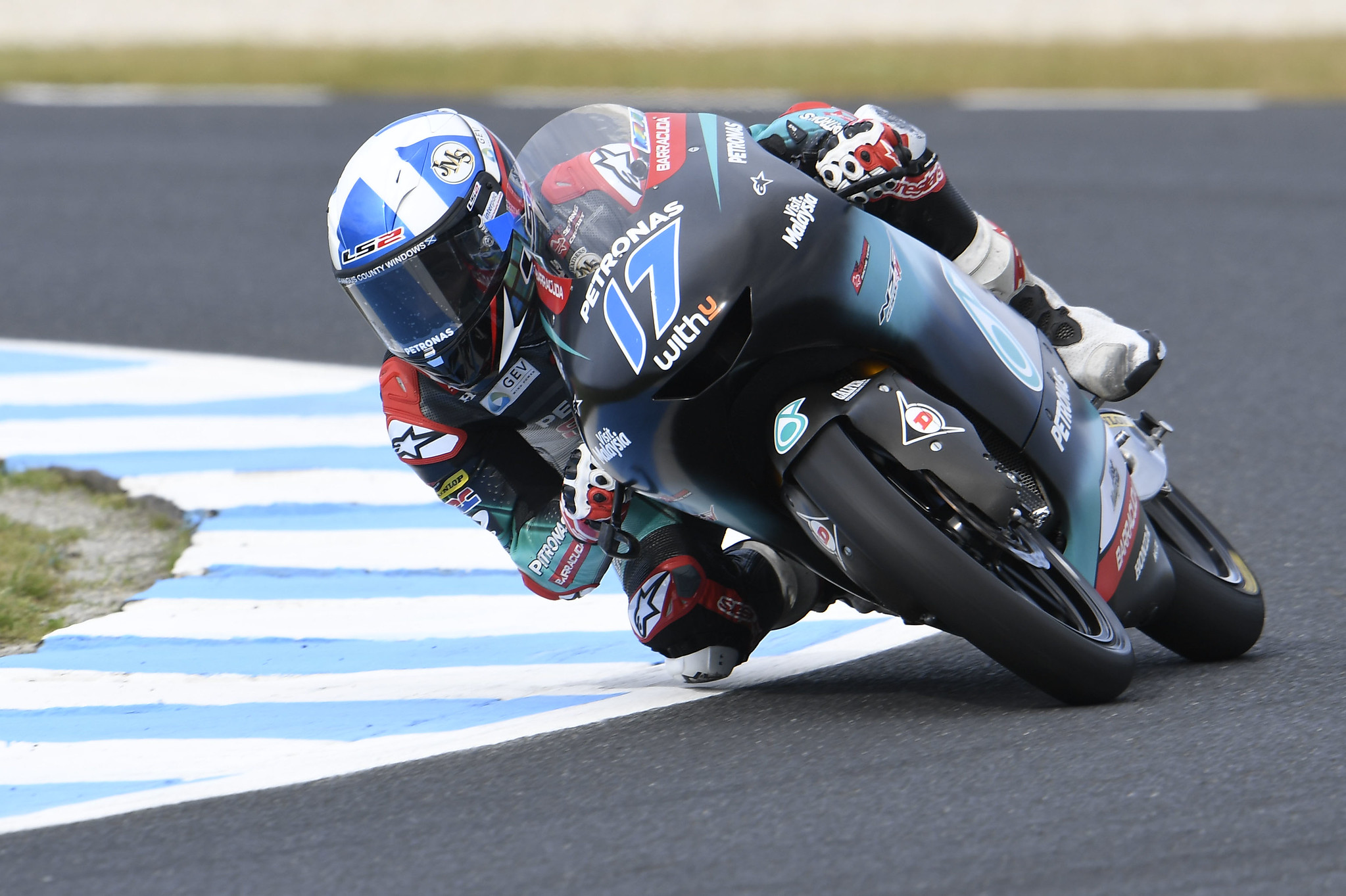 John was a direct qualifier to Q2, meaning he took to the track for the first time in damp but drying conditions – but was able to set a quick lap time on his initial attack to put himself in contention for the front row in case the rain returned.

Running in the mix for the top three for the entire 15-minute session, John just got nixed at the chequered flag for third, but his lap time of 1min 39.310secs (only 0.334secs from pole position and 0.066secs from third) means he has a strong starting position to match fast race pace in practice.

Moto3 action at the Australian Motorcycle Grand Prix concludes tomorrow, with the 23-lap race at scheduled to get underway at 1200 local time, although weather conditions at Phillip Island could leave this liable to change.

John McPhee
“It wasn’t an easy day with the track conditions, but it was the same for everyone. I felt really good with the bike and I wanted to do my time alone, but the high winds meant that a slipstream was even more important than ever and I needed to be in a group. I did my fastest lap on the last lap despite getting held up and losing maybe three-tenths of a second, which was unfortunate, but starting from the lead of the second row will allow us to fight at the front when the lights go out. The wind will mean that no one will be able to break away in the race, so it’ll be more important than ever to be strong in the pack – and right now I am, so it’ll be an exciting day for us!”