John clocks up more points with 5th at Phillip Island 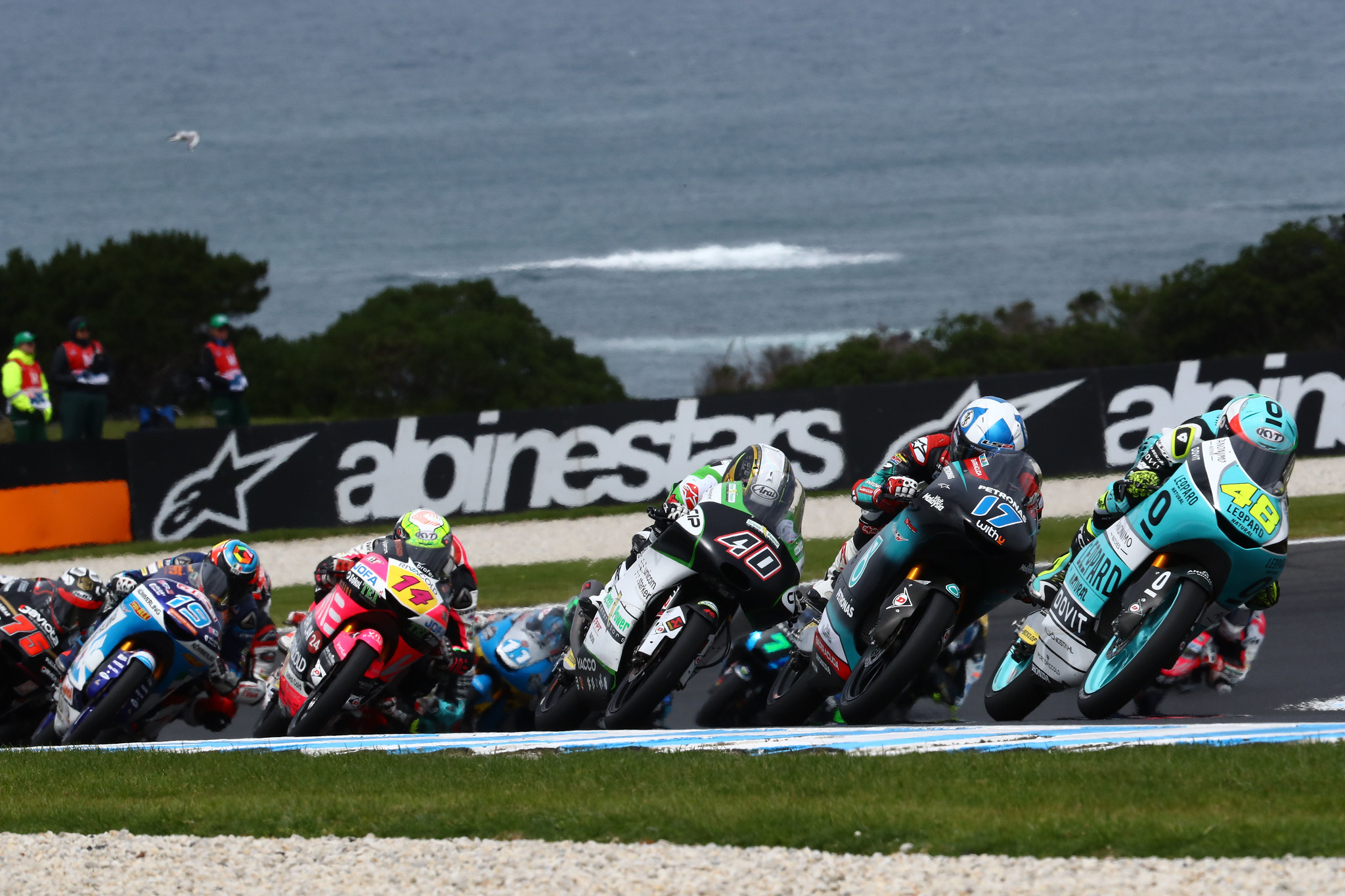 John was in contention for the victory for most of the 23 laps around Australia’s iconic seaside circuit, running in the lead pack multiple times as the group chopped and changed around him. Looking set to take his fourth podium finish of the 2019 season, he was unfortunate to have another rider make contact on the final lap, just taking him out of the podium battle and forcing him to settle for fifth, a mere 0.330 seconds from the win.

John remains fifth in the championship after his fifth-place finish.

The 2019 Moto3 World Championship returns to action in only five days’ time at PETRONAS Sprinta Racing’s home event, with action getting underway at the Sepang International Circuit on Friday 1st November ahead of the Malaysia Motorcycle Grand Prix on Sunday 3rd November.

John McPhee
“It was a proper dogfight and I’m happy to finish P5 even if I am a little disappointed not to be on the podium. I dug deep and gave it everything I had on the last lap, but at the same time, I had to be careful because it would have been very easy to end the race on the floor. There were some very hard passes being made! There was literally nothing more I could have done in the last corner to get a slipstream to the podium and it’s a pity we missed out, but I’m delighted to have put even more points on the board.”