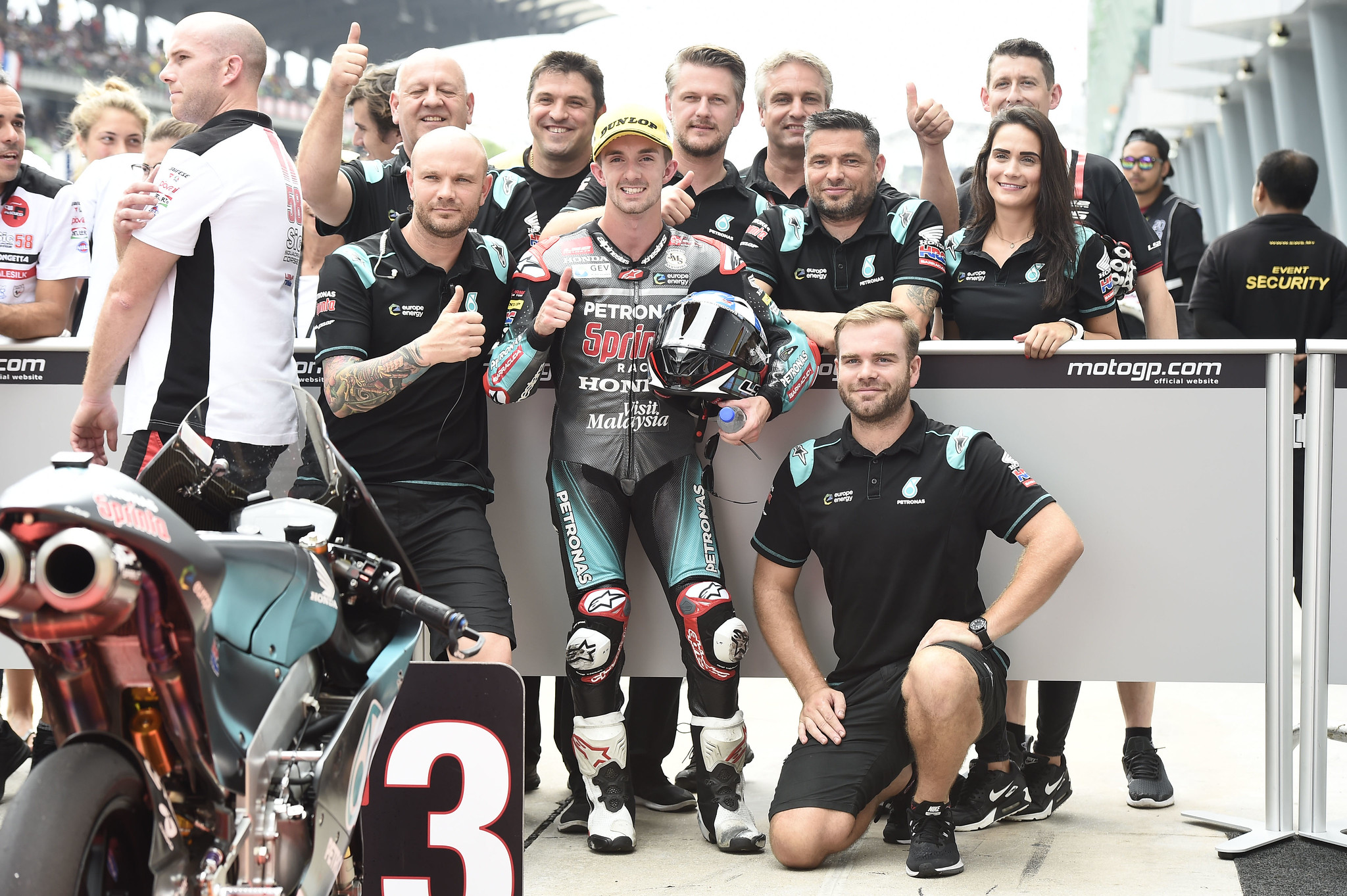 John set his time on his first flying lap of the Q2 session as light rain started to fall around the track, gauging conditions perfectly to lock down his spot on the front row. Venturing out again as the weather continued to deteriorate but unable to improve on his 2min 11.990secs lap-time around the 5.5km circuit, it means that he ended the day only 0.232secs off pole position and on the front row for the fourth time this season.

Both John and teammate Sasaki will use a special livery in tomorrow’s home GP thanks to title sponsor PETRONAS and their #tambahpowerPSRT campaign. The livery will be unveiled in the Sepang pit lane on Saturday evening ahead of Sunday’s race.

Moto3 action at the Sepang International Circuit concludes tomorrow at with the 17-lap Malaysia Motorcycle Grand Prix race getting underway at 1200 local time.

John McPhee
“Yesterday I was so disappointed to be P24 when we had the pace to be at the front, so it’s very nice to be able to turn it around for the team’s home Grand Prix. The conditions were really tricky, with rain falling the whole way around the circuit – and I was still able to do my fastest lap of the weekend! After that, it kept coming down and I saw a few guys nearly crash in front of me so I knew there wouldn’t be much opportunity to improve. I know I can fight tomorrow and I’m really looking forward to the race. It’s an important one for the team but we’ve been at the front fighting for the win for half a season, so I’m just going to try and treat it like a normal event. My pace is really strong on used tyres, so let’s see what we can do.”