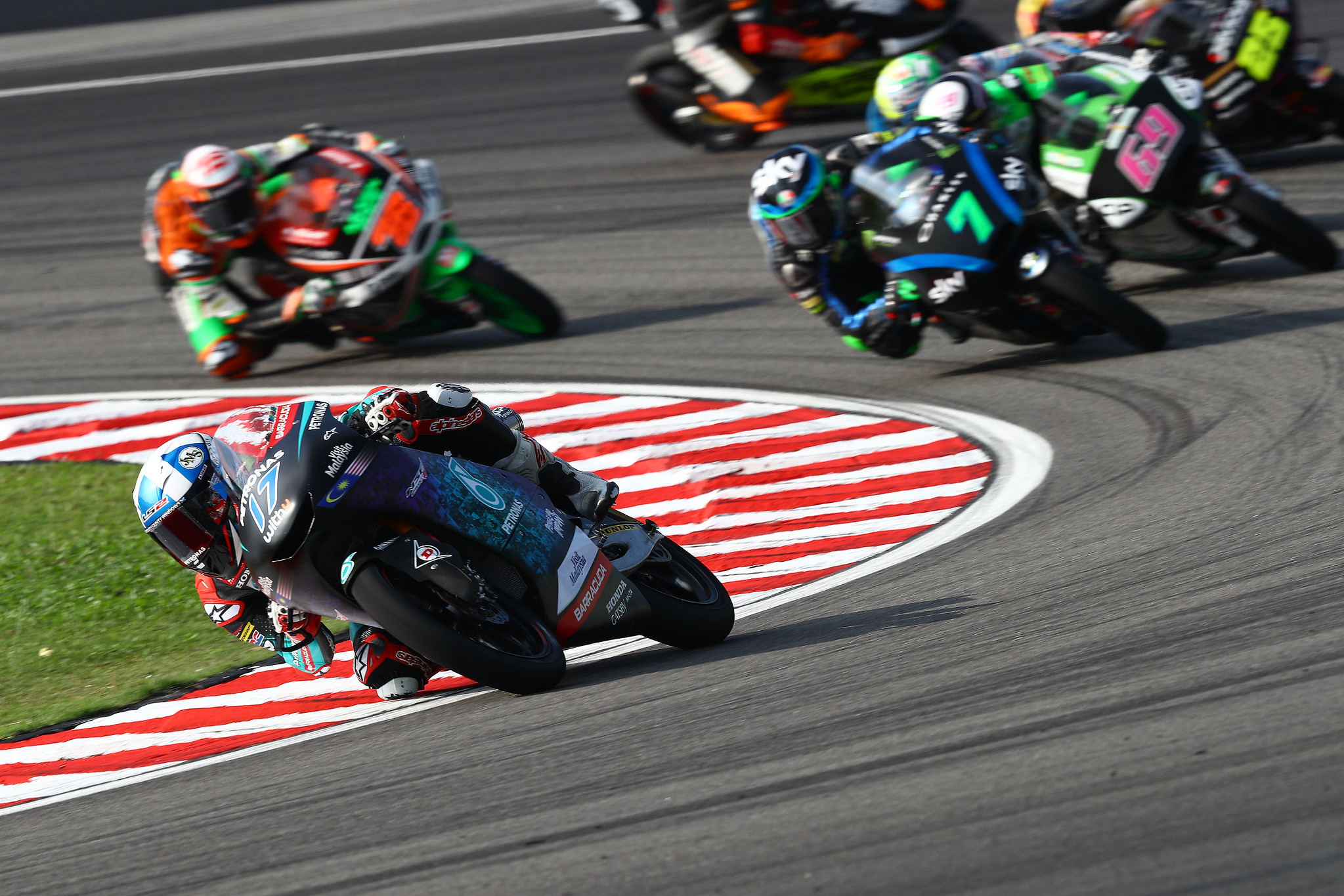 PETRONAS Sprinta Racing Moto3 rider John McPhee is focusing on the positives from his weekend at the Sepang International Circuit after finishing today’s Malaysia Motorcycle Grand Prix in seventh following contact with another rider.

John was quick to get involved in the fight for the podium in the early stages of the race, implementing his typical strategy of sitting comfortably inside the top six and conserving his tyres. However, taking avoiding action on lap six to miss a crash right in front of him, he was struck by another rider, leaving him to nurse home a damaged machine to seventh.

Only 1.342secs from the win and less than half a second from a podium finish, the result helps him to protect his fifth place in the championship.

The 2019 Moto3 season will conclude in two weeks’ time at the Gran Premio de la Comunitat Valenciana, with track action getting underway on 14th November and race day on Sunday 17th November.

John McPhee
“I felt really good at the start of the race, and was trying to conserve the tyre and not do anything silly. There was a crash in front of me six laps in and I had to roll off the throttle to avoid it – and someone hit me from behind. We’re checking to be sure, but it felt like the impact took a chunk out of the rear tyre and instantly I had a vibration appear. It got less and less as the race progressed and for 75% of the lap it wasn’t an issue, but in the long corners where you’re on the side of the tyre, it upset the front. It’s a shame not to be in the fight for the win on the last lap and it wasn’t the result I was hoping for at the team’s home race, but it’s more points on the board and more data gathered for 2020.”