John inside the top ten on difficult first day at Valencia 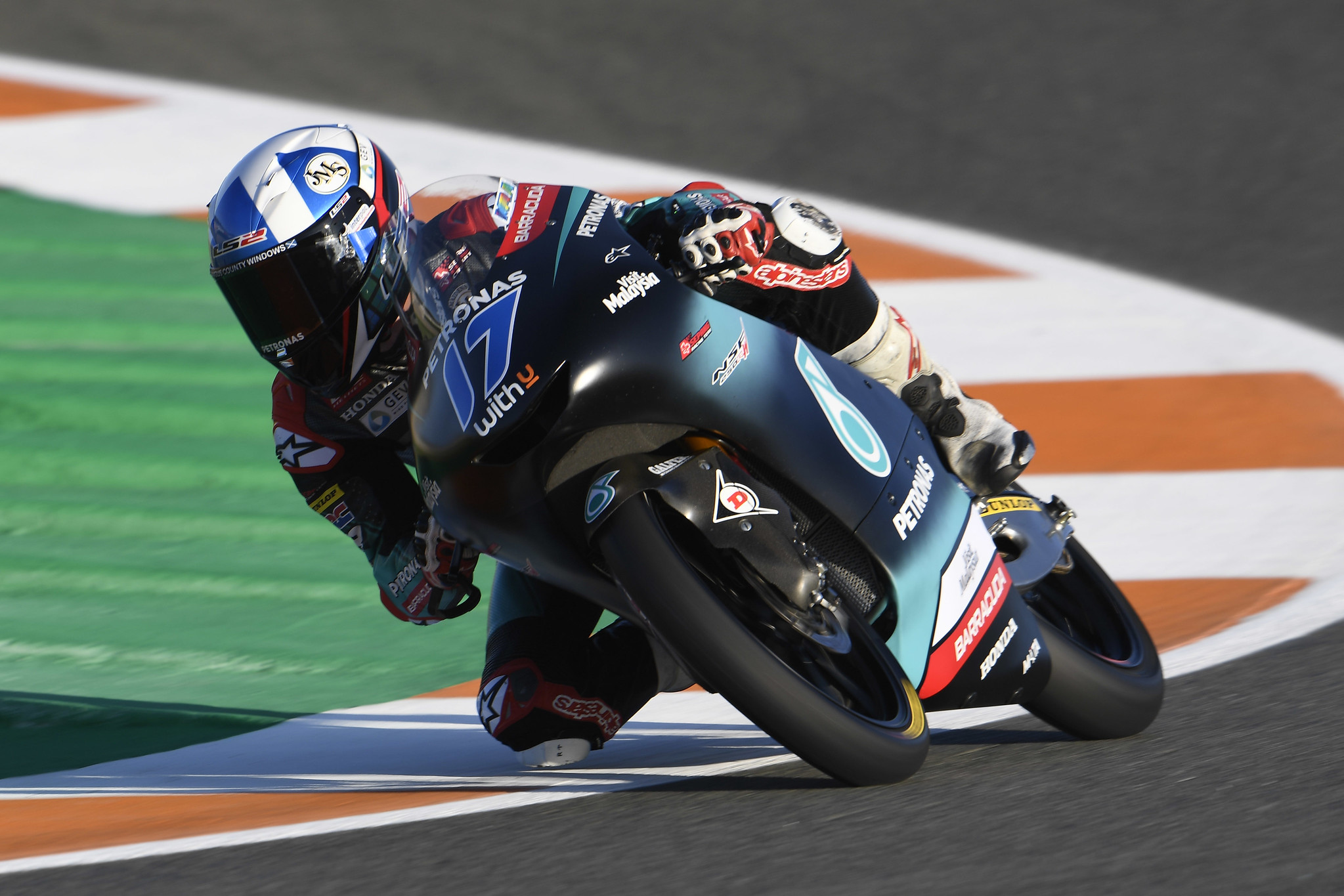 PETRONAS Sprinta Racing duo John McPhee and teammate Ayumu Sasaki made a cool start to the Gran Premio de la Comunitat Valenciana, finishing the opening day of practice at the Circuit Ricardo Tormo in P9 and P31 respectively, with low track temperatures not aiding them in getting the final Moto3 race weekend of the season underway.

With particularly cold temperatures leaving the circuit’s grip levels this low morning despite beautiful blue skies, John didn’t take any risks in the opening session to finish P14. Caught out by a small crash during the afternoon’s second session, John lost valuable track time but was able to dig in for one flying lap at the end of the session that left him ninth, 0.441 secs from P1 and securing him a provisional spot in tomorrow’s Q2 session.

The Gran Premio de la Comunitat Valenciana continues tomorrow, with practice getting underway at 0900 local time (1600 Malaysian time) and qualifying at 1235 (1935 Malaysian time), before the 23-lap race on Sunday.

John McPhee
“It’s been a really difficult day, not just for us but for everyone, with cold conditions making it hard to find a good feeling with the bike. I struggled in FP1, but we put it aside as we thought it was because of the track temperature. I didn’t improve as much as I wanted to in FP2, but that’s partly because a small crash cost me a bit of time in the middle of the session. The target on the opening day of every weekend is to finish inside the top ten to ensure we’ll get to Q2 if it rains on Saturday morning, so although we’ve got some issues, P9 means it’s not all bad. We’re not as fast as he’d hoped to be, but we’re also still only 0.4 secs from P1, which shows the issues everyone else are having too. We’ll analyse where we can improve for tomorrow and try to make a step forward for qualifying.”