Disappointing end to solid 2019 for John in Valencia 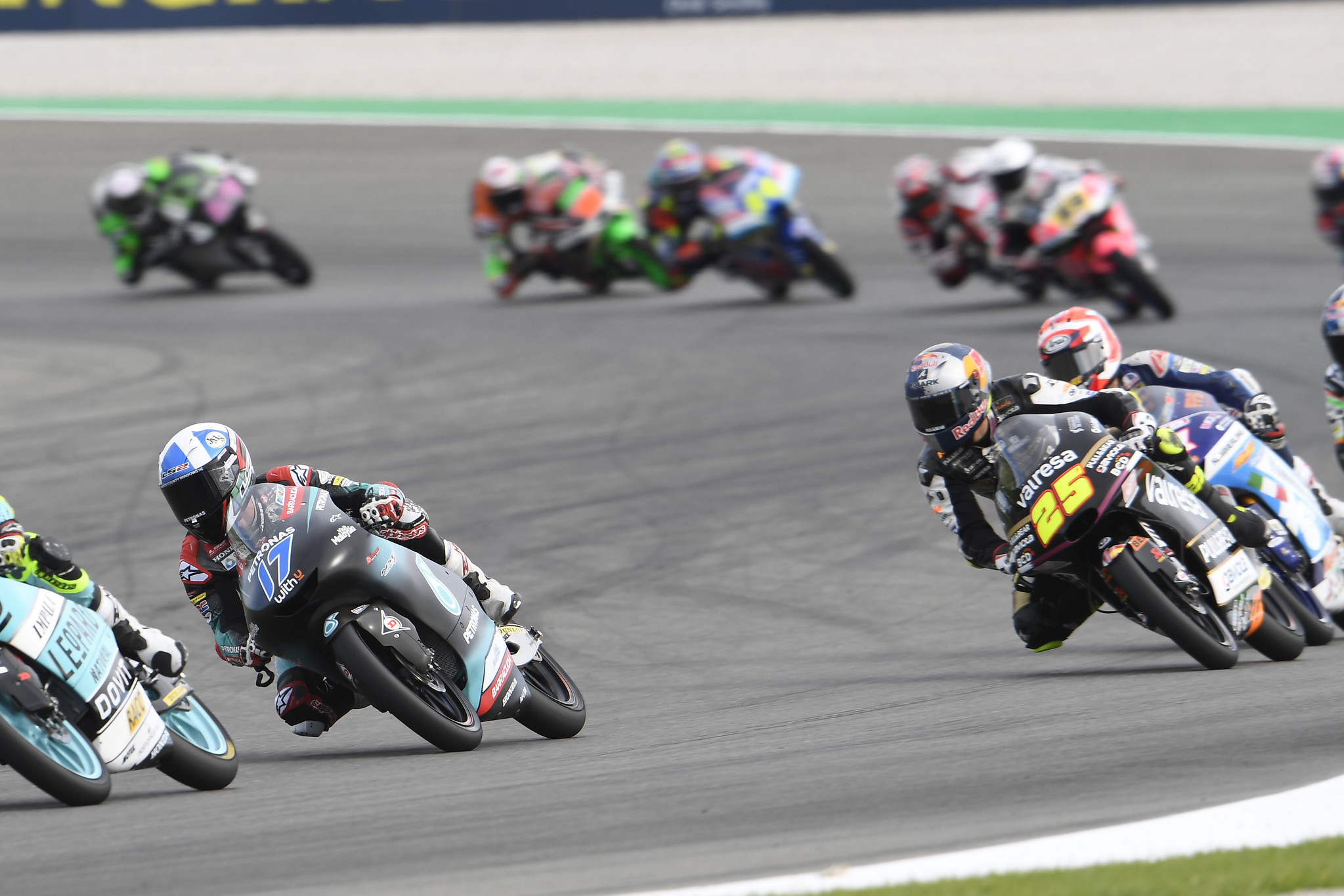 PETRONAS Sprinta Racing Moto3 rider John McPhee had a disappointing end to his 2019 Moto3 World Championship campaign at today’s Gran Premio de la Comunitat Valenciana, with John unable to finish the shortened 15-lap race after being involved in a multi-rider collision at the Circuit Ricardo Tormo.

John made a strong start after the restart and was able to immediately get stuck into the battle for the top ten as the race got underway again – until another rider highsided in front of him, leaving him with nowhere to go. Unable to rejoin, he was thankfully left unhurt in the four-bike tumble.

However, despite the fall, the World Championship standings see John end the season in fifth overall, and combined with teammate Sasaki’s 20th means the team finish the year fifth in the Team’s Championship as well as helping Honda take victory in the Constructors’ Championship.

The 2020 Moto3 World Championship season will get underway with the Qatar Grand Prix on March 8th 2020, with Khairul Idham Pawi joining John later this week at the Circuito Jerez for their first pre-season test.

John McPhee
“It’s an unfortunate way to end a strong season because the crash was out of my control. But I’m already trying to put it behind me because it wasn’t me that caused it, and there are plenty of strong points to focus on from the weekend. We can be happy to be fifth in the championship and to have achieved a lot this year. We’ve learned a lot that will help us start next season even stronger, and I need to say a massive thanks to the team for all their hard work this year and for helping me grow as a rider. My focus is already on 2020 and I’m excited to see what we can achieve in the new season.”