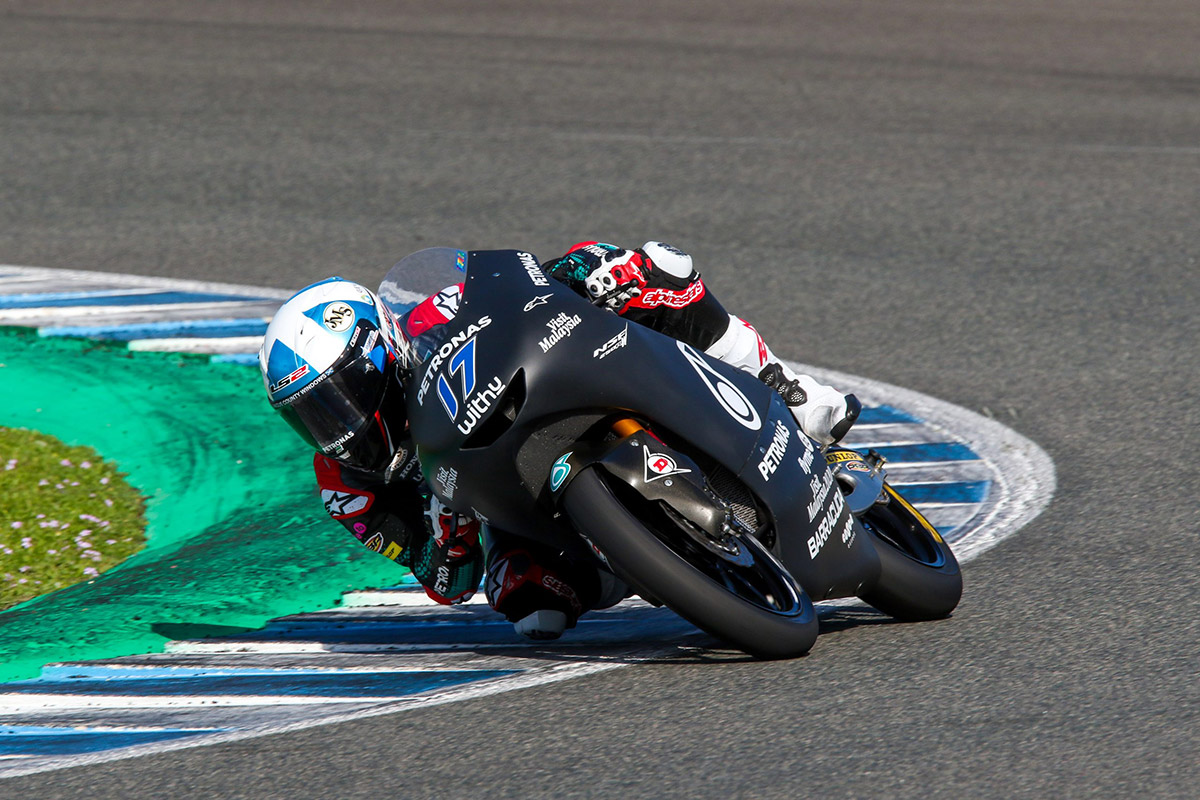 The past two days have seen PETRONAS Sprinta Racing Moto3 rider John McPhee and his teammate Khairul Idham Pawi make progress in their preparations for the 2020 season at a two day private test, held at the Circuito de Jerez – Angel Nieto in Spain.

John, who raced for the squad last year, was looking to fine-tune his chassis and suspension settings to maximise his ride ahead of the official Jerez Moto3™ Test next week. John completed 55 laps aboard his Honda on the first day of the test, before adding 50 laps to that total today. He finishes the test with a best time of 1min 45.989secs.

The next stop for PETRONAS Sprinta Racing sees them return to Jerez next week for the first official Moto3 pre-season test of the year, which will take place over three days at the Circuito de Jerez – Angel Nieto (19-21 February).

John McPhee
“Overall it’s been a very productive two days here in Jerez. It was such a nice feeling to do the first laps back again on the bike and to be here with the team altogether to start off the season. Immediately yesterday I felt good: we rode almost exactly the same bike as last year and, for me as rider, it’s the first time I’ve been able to arrive in my career with the same bike, the same team, the same people, so we were really able to start strong and continue working throughout the two days on more important things. We played quite a lot with the geometry and we managed to make a small improvement and then finally today I did my fastest ever lap of Jerez. It was nice to finish the test on a high and to have a really good rhythm on the used tyre. We’re now in a good position going forward to the official test and I’m looking forward to the season starting.”